We must stand with Israel 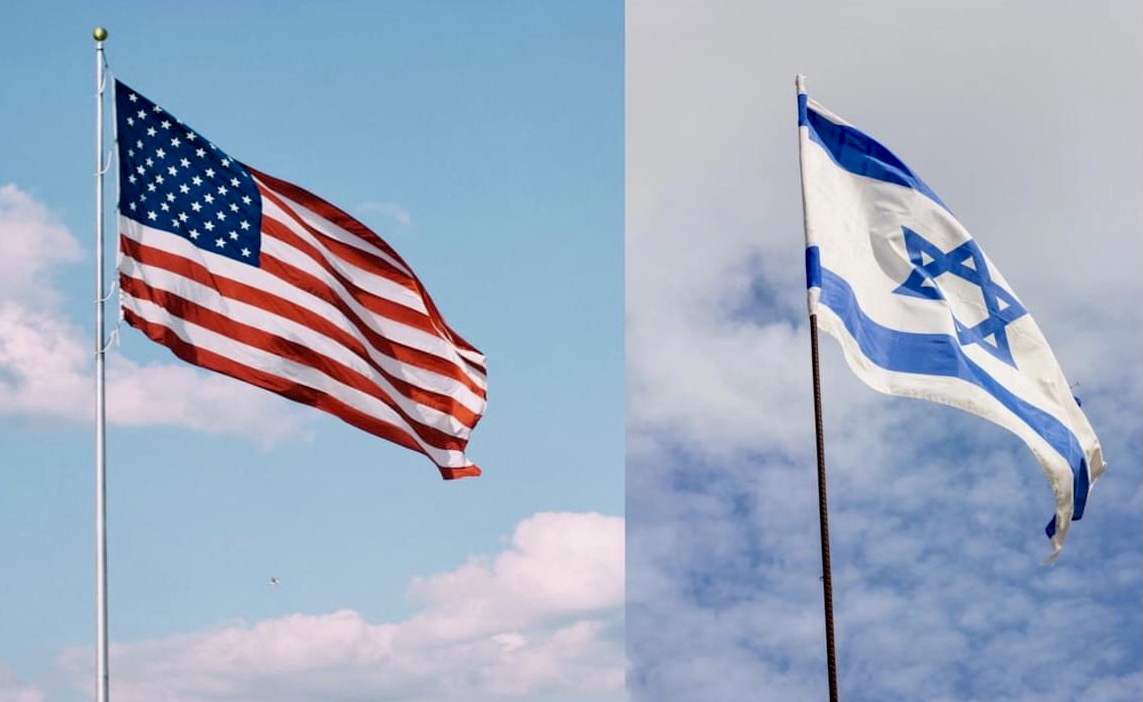 You are a chosen people. You are royal priests, a holy nation, God’s very own possession. As a result, you can show others the goodness of God, for he called you out of the darkness into his wonderful light.1 Peter 2:9 NLT

Peter is describing God’s special relationship with Israel. We, are also God’s chosen people, set apart from those who reject Christ. Although we are not Israel, God also chose us, the church, to be set apart, a spiritual race of people. As God’s holy people, we are not separated by our ethnicity, skin color, or country of origin. We are joined under one Lordship, have one Mediator, and share the same single spiritual Father, God. Jesus called Him “Abba,” Father in Hebrew.

Our Abba cares so deeply for each one of us, he adopted us, so we may experience the same spirit as His spirit. We were born to live for Him! We have His royal blood running in our veins. We have become His royal heirs. This is confirmed in Romans 8:15-17, “So you have not received a spirit that makes you fearful slaves. Instead, you received God’s Spirit when he adopted you as his own children. Now we call him, ‘Abba, Father.’ For his Spirit joins with our spirit to affirm that we are God’s children. And since we are his children, we are his heirs. In fact, together with Christ we are heirs of God’s glory. But if we are to share his glory, we must also share his suffering.”

Just as a parent’s bonding between one child and another can be different, there is still an unconditional love for both. With that said, while God has a special relationship with the Jewish people it does not mean He does not love the Palestinians. They are actually offspring of Ishmael, the other son of His leader Abraham. While political and logistical obstacles abound, there are obviously spiritual forces which spur animosities and hatred, propelling certain groups to strive continually for the extinction of the Jewish people. On a side note, with many successful Arab countries in the Middle East, it is rather astonishing none of them have come forward to offer a homeland to the Palestinians.

Founded in 1948 by the United Nations, Israel is a small country in the Middle East, located on the eastern shores of the Mediterranean, with a population of 9 million people, most of whom are Jewish. They have been under attack for many generations. For instance, if not for the courage of Queen Esther, the entire nation would have been lost to the wickedness of Haman, who plotted to exterminate all Jews in Persia. Then there was Joseph, the man with the colorful coat, who saved the Jews from starving to death during a famine. And who could forget Moses, who after ten plaques lead the Jews out of Egypt and slavery under the rule of Pharaoh.

Remarkably, only eighty years ago, Hitler and his Nazi regime killed six million Jews in World War 11. At this moment, Iran has called for the eradication of Israel, and on the extinction clock, they are 15 minutes from a Nuclear Bomb. The terrorist group Hamas, only last week, hurled rockets into the Israeli civilian population. This small country is constantly the target for attack. Imagine, never being able to relax.

Even here in America anti-Semitism is on the rise. Just last week, a pro-Palestinian man in Los Angeles was charged with attacking a group of Jewish men outside a restaurant. America, while not sinless, has always held Israel in high regard, supporting them financially and with prayer. Now, even Congress has cracks in certain camps, as more and more pro-Palestinian candidates are elected.

But one thing for certain, while all other nations were created by men, Israel had their deed written by God, and handed down from Abraham to Isaac to Jacob till today. Their deed is irrevocable.

Why should we stand with Israel? In Romans 11 we read the Jews are called the “root,” and we Gentiles the “branches”. “In the fullness of the Gentiles…all Israel will be saved.” Another important reason is the Abrahamic Covenant found in Genesis 12:2-3, “I will make you a great nation and I will bless you, and whoever curses you I will curse; and all peoples on earth will be blessed through you.”

If we are true believers in Jesus Christ, how can we ignore his Jewishness? It was no slight measure as he was born Jewish, circumcised on the eighth day, had his Bar Mitzvah on his 13th birthday, and he wore the Prayer Shawl as commanded by the Law of Moses. Finally, he died on the cross with a sign which read, “King of the Jews!”

It is not inconsequential that in John 4:22 Jesus said, “..salvation is from the Jews.” As Christians we read and study our Bible which is a Jewish book and serve our Savior who is Jewish.

So, how do we stand for Israel? While not every single thing Israel does is worthy of support, they should be allowed the right to exist and defend itself from attacks. With that said, we know that Israel needs God’s children to be prayer warriors. We should put on our spiritual armor daily and pray from our spirit for our fellow Christian brothers and sisters in Israel. We should pray earnestly for the remnant to rise-up and share the love of Jesus with both unbelieving Jews and Palestinians.

Our God, He is a living God, fully invested in all lives. He is Jehovah-Jireh who cares about and meets our needs. He is Jehovah-M’Kaddesh who sanctifies and sets apart for holiness. Because we belong to Him, we should praise Him and tell others how he separated us and brought us out of the darkness and into His marvelous light.