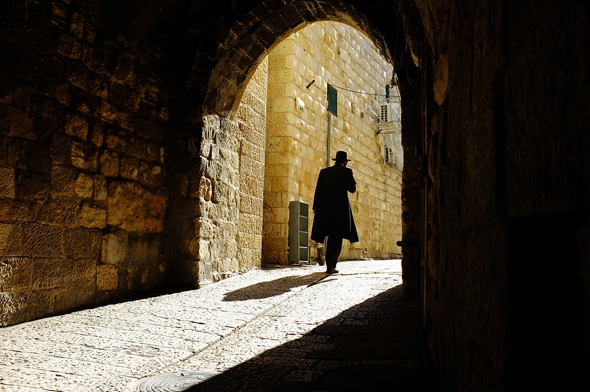 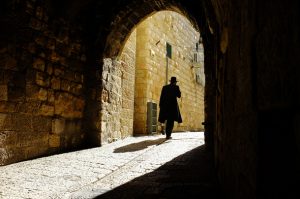 Have you ever contemplated which God created first, the day or the night? While some may see this as a chicken or egg discussion, nothing God does is by accident, and Genesis 1:1-5 explains how God ordered things. “In the beginning God created the heavens and the earth. The earth was formless and empty, and darkness covered the deep waters. And the spirit of God was hovering over the surface of the waters.” Then God said, “Let there be light, and there was light. And God saw the light was good. Then he separated the light from the darkness. God called the light day and the darkness night.”

Some would say that day was created first, but for me, God is telling us the darkness, nighttime, was covering the earth, and he brought daylight out of the darkness. This is why all Jewish holidays begin at sunset.

This new season, with shorter daytime hours, causes us to take stock, and evaluate both our worktime in the light, and the time we spend in darkness. Naturally, as parents we set curfews because our children are exposed to greater dangers in the darkness. There is a saying from my youth concerning the darkness, and the late hours of night, and I must admit saying this myself to my own children, “Nothing good happens after midnight!” Obviously a concerned mother had to have coined this phrase.

While my opinions of curfews and the darkness of night have not changed, I have discovered over time, and my own personal experiences, that God does his best work in the darkness. Some of His best work is on display in the story of Nicodemus. Now Nicodemus was a powerful Jewish Religious leader, a Pharisee, and Pharisees were described by John the Baptist in Matthew 3:7 as a “brood of snakes.” He also called them hypocrites. But in Jesus’ time these people were placed on society’s highest pedestals.

Nicodemus wanted to speak with Jesus but faced unwanted scrutiny on both sides of the equation. His religious peers would ostracize him for fraternizing with the radical Jesus, while Jesus’ disciples, and followers, would call him a hypocrite. It is no wonder Nicodemus sought Jesus out under cover of darkness.

Let’s take a look at their late night conversation starting in John 3:2-21. This is a long passage, but I believe it is essential to our own transformation, and key to the answers we all desire.

After dark one evening, he came to speak with Jesus. “Rabbi,” he said, “we all know that God has sent you to teach us. Your miraculous signs are evidence that God is with you.” Jesus replied, “I tell you the truth, unless you are born again, you cannot see the Kingdom of God.”

“What do you mean?” exclaimed Nicodemus. “How can an old man go back into his mother’s womb and be born again?”

Jesus replied, “I assure you, no one can enter the Kingdom of God without being born of the water and the spirit. Humans can reproduce only human life, but the Holy Spirit gives birth to spiritual life. So don’t be surprised when I say, ‘You must be born again.’ The wind blows wherever it wants. Just as you can hear the wind but can’t tell where it comes from or where it is going, so you can’t explain how people are born of the spirit.”

“How are these things possible?” Nicodemus asked.

Jesus replied, “You are a respected Jewish teacher, and yet you don’t understand these things? I assure you, we tell you what we know and have seen, and yet you don’t believe our testimony. But if you don’t believe me when I tell you about earthly things, how can you possibly believe if I tell you about heavenly things? No one has ever gone to heaven and returned. But the Son of Man has come down from heaven. And as Moses lifted up the bronze snake on a pole in the wilderness, so the Son of Man must be lifted up, so that everyone who believes in him will have eternal life.”

“For this is how God loved the world: He gave his one and only Son, so that everyone who believes in him will not perish but have eternal life. God sent his Son into the world not to judge the world, but to save the world through him.”

“There is no judgement against anyone who believes in him. But anyone who does not believe in him has already been judged for not believing in God’s one and only Son. And the judgement is based on this fact: God’s light came into the world, but people loved the darkness more than the light, for their actions were evil. All who do evil hate the light and refuse to go near it for fear their sins will be exposed. But those who do what is right come to the light so others can see that they are doing what God wants.”

Nicodemus went to Jesus looking for answers. He wanted to be face to face with Jesus with no distractions. Even though he was an Old Testament Biblical scholar, in Jesus, he saw there was more to a relationship with God than just knowledge and rules.

Nicodemus found his answers and the truth about the Kingdom of God. He discovered the truth could not be found in all his knowledge as a religious leader, it would only be revealed by being spiritually reborn. He left that night changed, walking in the light of Jesus. Jesus brought the darkness within Nicodemus into the light, and he was changed! Jesus made it perfectly clear to Nicodemus that we can never do enough, or be good enough; we must be changed by Him.

We know that Nicodemus, and Joseph of Arimathea, were undercover believers because it is written about in John 18:38-39. “Afterward Joseph of Arimathea, who had been a secret disciple of Jesus (because he feared the Jewish leaders), asked Pilate for permission to take down Jesus’ body. When Pilate gave permission, Jesus came and took the body away. With him came Nicodemus, the man who had come to Jesus at night.”

River City Church, here in Owensboro, KY  was richly blessed this past week to hear a wonderful talk from Rabbi Jonathan Cahn, the author of The Harbinger, and a new book, The Paradigm. Speaking about his book Cahn said, “The children of this world live from day to night. But the children of God live from night to day. They are born again in the darkness and move to day. And if you belong to God, then that is the order of your life. You are to go from darkness to light, from weakness to strength, from despair to hope, from guilt to innocence, from tears to joy, and from death to life.”

No matter how dark your world may seem at this time in your life, the answer is right where you are, waiting for you to come to Him in the night. For God so loved the world, he sent his son; The Light of the World!