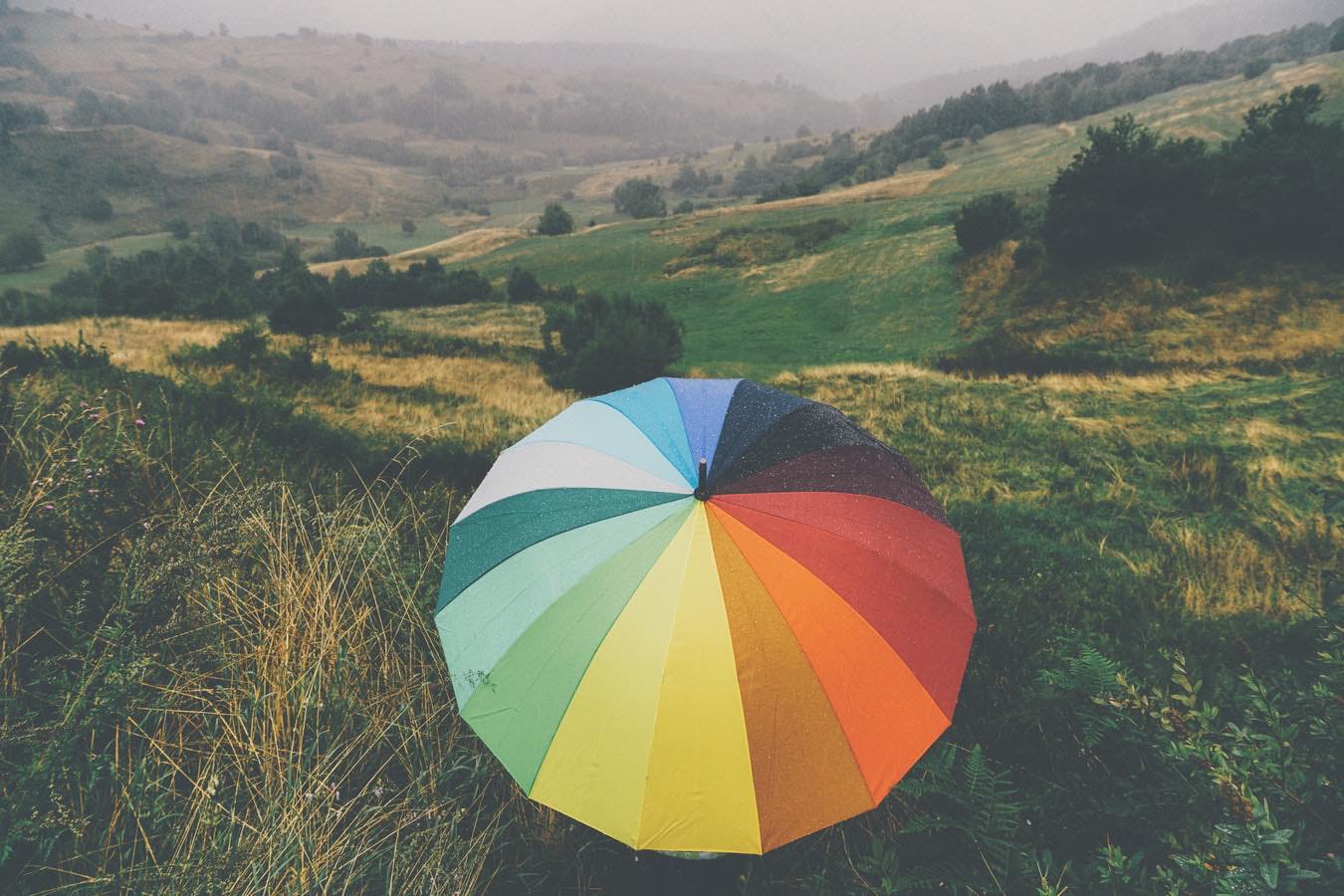 Humble yourselves, therefore, under God’s mighty hand, that he may lift you up in due time. Cast all your anxiety on him because he cares for you.1 Peter 5:6-7 NIV

So humble yourselves under the mighty power of God, and at the right time he will lift you up in honor. Give all your worries and cares to God, for he cares about you. 1 Peter 5:6-7 NLT

This is the same scripture, translated differently, each offering their perspective to enhance our understanding. So, whether we read under God’s mighty hand, under the mighty power of God, or in the shadow of Shaddai, the important questions become “what is our proximity to the source of this power, majesty and grace, and are we living close enough to enjoy the benefits described?”

During one of our grandchildren’s baseball games, God allowed the surroundings of the game to be His classroom on the subject of “under God.” Sometime around the second inning, the sky suddenly opened and dropped buckets of ice-cold rain on us. It was the kind of rain which quickly floods the streets and creates muddy puddles the kids love to splash around in. The weather has been so unpredictable this summer, thankfully I had prepared for both sun and rain.

For the game, I brought a small umbrella, which attaches to my chair, to shade me from the hot sun. I brought a larger umbrella for my husband, because I love him, and he would never bring one for himself. My umbrella is better suited for sun, and when the rain came, let’s just say, some of me was dry, BUT, the bottom half of me was very soggy and wet.

Afterwards, with the rain subsiding, I looked a couple of chairs down the row at my husband, and he was laughing and enjoying the rainbow, as snug as a bug in a rug, dry as a bone!Now, back to my education. If we are living in “close Proximity,” under God’s big umbrella of authority, He is shielding us from downpours and storms of life. We feel secure knowing God is for us, protecting us and directing our steps. We may face storms and challenging times, but all fear of the future has been rendered null and void by Jesus, and His life, death, and resurrection.

For some, when they hear “under God,” the Pledge of Allegiance comes to mind. But did you know those words were not in the original 1887 pledge? Congress added those words in 1954 and one of the reasons given was that President Lincoln used this phrase in his Gettysburg address on November 19, 1863, at the official dedication ceremony for the National Cemetery of Gettysburg in Pennsylvania. This was the site of one of the bloodiest and most decisive battles of the Civil War.Lincoln’s closing remarks honoring the fallen soldiers committed the Nation to pursue an inspiring future of hope and unity:“that we here highly resolve that these dead shall not have died in vain; that this nation, under God, shall have a new birth of freedom, and that government of the people, by the people, and for the people, shall not perish from the earth.”

And 150 years later we continue to nurse the freedom born of that struggle!

When we live under God, there is promised protection.In Psalm 91:1-5 we read, “When you sit enthroned under the Shadow of Shaddai, you are hidden in the strength of God Most High. He’s the hope that holds me and the Stronghold to shelter me, the only God for me, and my great confidence. He will rescue you from every hidden trap of the enemy, and he will protect you from false accusation and any deadly curse. His massive arms are wrapped around you, protecting you. You can run under his covering of majesty and hide. His arms of faithfulness are a shield keeping you from harm.”

So, this freedom described in Lincoln’s address has allowed America to reach new heights of generosity, both here and around the world. But some have used this freedom as a tool to chip away at the moral and Biblical foundation we were built upon. Don’t take my word, listen to what God has to say in Romans 6:15-16, “Well then, since God’s grace has set us free from the law, does that mean we can go on sinning? Of course not! Don’t you realize that you become the slave of whatever you choose to obey? You can be a slave to sin, which leads to death, or you can choose to obey God, which leads to righteous living.”This is true for individuals and secondly, for our country. Living under God means He is our leader, He is our authority, He is the one and only to whom we bow down and worship. We do not worship leaders, political parties, movements, organizations, or anything other than God!

Just like the Civil War saw brother confronting brother, standing up for God can put you in the enemy’s sites. When we say, “enough is enough, and call out wrong as wrong,” family and friends could shun or criticize you, or maybe even disown you. The bullies serving the enemy will try to force you to bow down to the pressure. The world has changed, and it demands we change with it, or else. You cannot fight it alone; you must be under God’s umbrella.And if you are on social media, you can be ridiculed, laughed at, cursed, called a liar, and be accused of things you never said or did. There have even been instances where social media sites have been suspended or removed. Remember, Isaiah 54:17, “No weapon formed against you will prosper.”God is right where he has always been, we are the ones that have moved away from His umbrella.

To be under God is to trust His Word as our rule book. To make pleasing God our top priority. To place God before ourselves in all things. To always be under His watchful eye. (2 Chronicles 16:9) And, to have a soft and pliable heart to His will. Finally, to live in thankfulness, showering our Lord with praise!