The Tomb is Still Empty 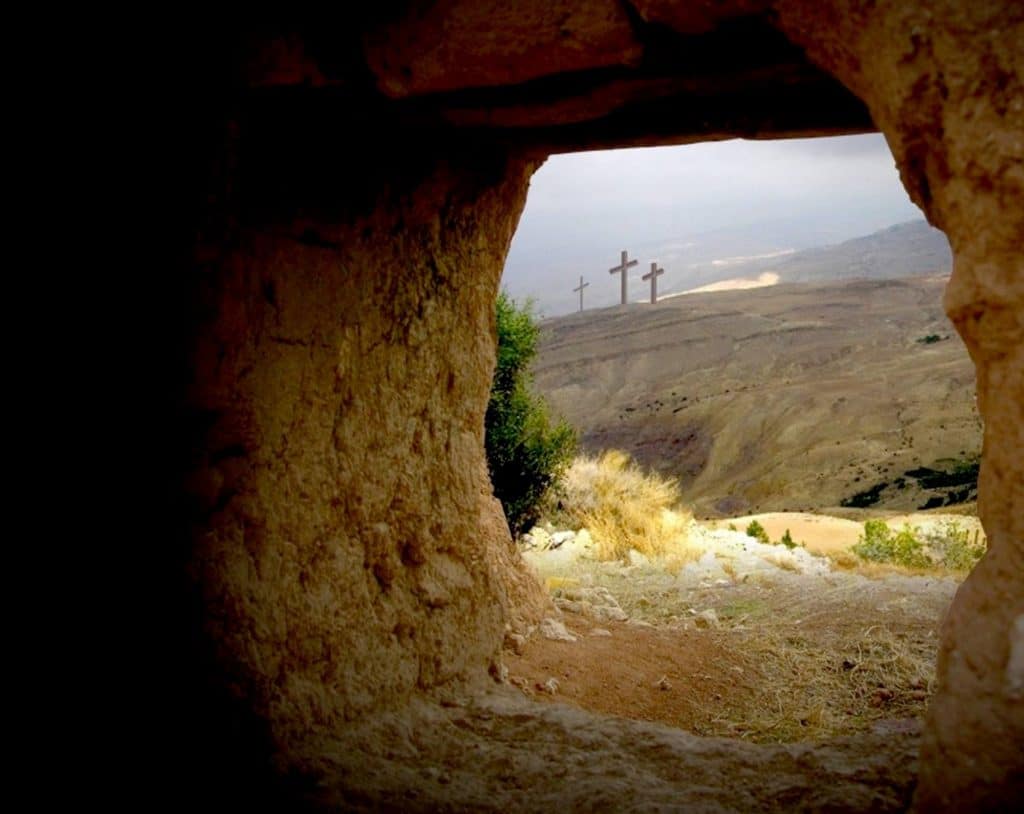 It has been almost one full week since Easter and I want to assure everyone, “The tomb is still empty!” Yes, we live victoriously in a post-resurrection world, but evidently sometimes we do not always exhibit the qualities of living in victory. For instance, while discussing Easter with our grandson he said as if a matter of fact, “After Easter, we put Jesus back on the cross.” Wow, is that what we do?

Granted I am not a well- trained theologian, nor do I hold a ministry degree, but I know Jesus is the Christ, the Son of the Living God, and my Savior. Perhaps you are like me and have questions, or wonder why some things happened the way they did? Don’t you find it interesting after Jesus rose from the dead that no one tried to dispute the fact He was the Son of God? Where were the naysayers and Religious Leaders of the day, why weren’t they accusing Him of being an imposter?

Can you only imagine what they were thinking? Here is the man they tortured and committed premeditated murder, in the coldest of blood, alive. They witnessed Jesus lay down his life and the spear pierce his side. They saw blood and bodily fluids exit his body, and there was no doubt he died. Now He is alive! If you have ordered or participated in His death, how do you reconcile these things in your mind?

All they need do for an explanation is read the writings in Matthew 16:21, Luke 9:22 and Matthew 20:17-19. In all three scriptures, Jesus predicts his own death, but He also promises on the third day to leave the tomb empty.

In most other world religions, their deities have the rotting and decaying bones, along with their valuables, buried in a tomb. And when they are buried, they stay buried. God’s plan for our salvation, a Messiah, begins in Genesis and is woven throughout the Old Testament. God’s blood sacrifice system in the Old Testament was completely finished with the shedding of Jesus blood and now the tomb is empty! He was victorious over sin, death, and dying. “Oh death where is your sting?”

Jesus Christ is unique, in that, he was born of a virgin, lived a sinless life, was crucified so we could be saved, rose from the dead, and then after spending forty days with the people, ascended into heaven. But without the Resurrection and the empty tomb, there would be no Christianity. If Jesus Christ had not risen from the dead, we would have no hope and Christianity would lack substance. Without the resurrection Christianity would be fake news, fake religion and false hope. But He is risen and the tomb is still empty!

Who but God could have conceived of such a world changing event for our salvation? Who but God could have taken the beating, scourging, spitting, mocking, while remaining silent and praying for His captors forgiveness? Yes, our Lord Jesus Christ humbled himself, and became like us, so we would have a way to live forever with Him. He came here for one purpose, and He fulfilled His Father’s plan. What historical religious figure has ever done what Jesus did?

Jesus first appeared to Mary Magdalene, she was the one whom He had cast out seven demons in Mark 16:9. He then appeared to His disciples, showing them his hands and side. Jesus then appeared  very specifically for Thomas in John 20:24 to help alleviate the doubts he had about the Resurrection. But for many of us, and because of our past mistakes, Peter’s story can be very compelling. Peter spoke very boldly about his loyalty to Jesus, but when facing difficult circumstances he denied knowing Him. After the resurrection, when Jesus spoke to Peter, He did not criticize, or put Peter on some kind of probation, He told him he loved him and instructed Peter to “feed his sheep.”

The Gospels of Luke and John give very detailed accounts of the last forty days with Jesus on earth. Study these scriptures for yourself and reach your own conclusion. John records that Jesus did so many miracles the whole world could not contain the books that could be written. (John 21:25)

Be encouraged! When Jesus walked out of the tomb he began clearing a path for you. I believe we sometimes fail to realize the battle is won, He is victorious, and we need to step into victory! We need to walk in that victory. We need to stop allowing our circumstances to steal our joy. When everyone else abandons you, Jesus is there, and always will be there for you. Jesus is the comforter when you are grieving and cannot stop crying. Jesus is the peacemaker of our soul. He stands guard over our heartaches, and sufferings, and times of hopelessness. He escorts us through the valley of sorrows and lifts us up. He is the Lamb of God and the Lion of Judah! He endows boldness and courage when our first thought is  run or hide. He is our Lord, and for those who believe in Him, they will experience eternal life!

He is alive, and the tomb is still empty!

This column appeared in the Owensboro Messenger Inquirer April 22, 2017