The Red, White and Blue is You! 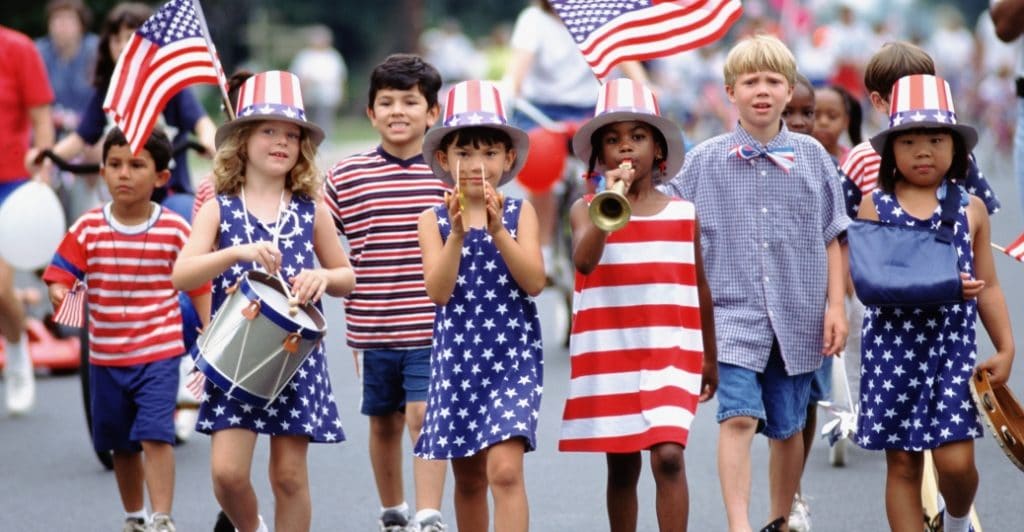 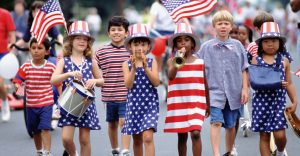 Leading off the September 25th issue of Sports Illustrated was a photo of boxers Gennady Golovkin and Canelo Alvarez, both raising their fists triumphantly after their middleweight championship fight. As my husband laid the magazine in front of me, I was perplexed as to the purpose of his display. Actually, if it does not involve the grand children, and their sporting endeavors, there are few things in professional sports that can attract my attention. He explained, “This photo is indicative of the turmoil taking place in sports and across our divided nation. Both fighters sincerely believe they have won the fight and are simply waiting for the judges to make it official. The same thing is happening in America. We are just sitting here waiting for the next politician, or the next media pundit, or the next poll, to tell us who are wrong or right.” Ironically, neither fighter won the fight.

For those of us with traditional conservative values, who live in “fly over country,” it is hard for us to grasp the groupthink, upside down, wrong is right, violence is justified, new way of life in America. I guess we see America as this shining city on a hill, ordained by God to be the moral compass, and great defender of the defenseless, in the world. Many detractors do not see America in such a light; in fact, they are more likely to believe in unicorns than God. Granted, unicorns are a symbol of purity and childhood innocence. But it was when I saw the photo of Pee Wee Leaguers taking a knee during the National Anthem that changed my attitude from cautionary to great concern. In no small way, America is in a valley.

God’s Word always offers a good word on the struggles we face in this world, and He sent me to Luke 16 for this issue. Starting in verse 19, Jesus tells us, “There was a rich man who was dressed in purple and fine linen and lived in luxury every day. At his gate was laid a beggar named Lazarus, covered in sores and longing to eat what fell from the rich man’s table. Even the dogs came and licked his sores.”

“The time came when the beggar dies and the angels carried him to Abraham’s side. The rich man also died and was buried. In hell, where he was in torment, he looked up and saw Abraham far away, with Lazarus by his side. So he called to him, Father Abraham, have pity on me and send Lazarus to dip the tip of his finger in water and cool my tongue because I am in agony in this fire.”

“But Abraham replied, son, remember that in your lifetime you received your good things, while Lazarus received bad things, but now he is comforted here and you are in agony. And besides all this, between us and you a great chasm has been fixed, so that those who want to go from here to you cannot, nor can anyone cross over from there to us.”

“He answered, then I beg you, father, send Lazarus to my father’s house, for I have five brothers. Let him warn them, so that they will not also come to this place of torment. Abraham replied, they have Moses and the Prophets, let them listen to them. No, father Abraham, but if someone from the dead goes to them, they will repent.”

He said to him, “If they do not listen to Moses and the Prophets, they will not be convinced even if someone rises from the dead.”

There were two things which pressed upon my heart while reading these verses. God made a great chasm fixed between Heaven and hell, and people will not listen to wisdom if their hearts are fixed on self or selfish desires. While there is a great chasm between factions in America, it was not made by God. We can be standing right in front of each other and still be a million miles apart. Facts and common sense have been exchanged for emotional outbursts, fear and rebellion. This division will not be repaired by man.

God then sent me to chapter 17 of Luke for more insight. Jesus said to his disciples: “Things that cause people to sin are bound to come, but woe to that person through whom they come. It would be better for him to be thrown into the sea with a millstone tied around his neck than for him to cause one of these little ones to sin. So watch yourselves.”

As maturing Christians, we are to be God’s Peace Ambassador when all about us is chaos and despair. God has matured us to lead others out of the darkness, out of the valley. We need to be the first to ask, no beg, God for forgiveness. We need to use both ears, our minds, and our hearts, and we must not respond in like fashion when hatred or disrespect is spoken. We must humble ourselves before the Lord. We must pray for our enemies and the enemies of our country. The healing in our country can only happen with the love of Jesus and the power of God.

The next generation is hungry for strong, positive leaders, but sometimes we get wrapped up in the fray and miss the mark that Jesus set for us. When young people see no difference in Christians and the world, it is relatively easy to see why people are enamored by strong individuals who use any means possible to exact change. In their minds, “at least they are trying to make things better!” While God will, and does use people for change, He tells us to test their motives in study and prayer. Wisdom comes from studying and applying His Holy Word to our life. If we plant His Holy seeds in our lives each day, the next generation will benefit and provide a great harvest of Christian leadership for many years to come.