The prodigals are returning home 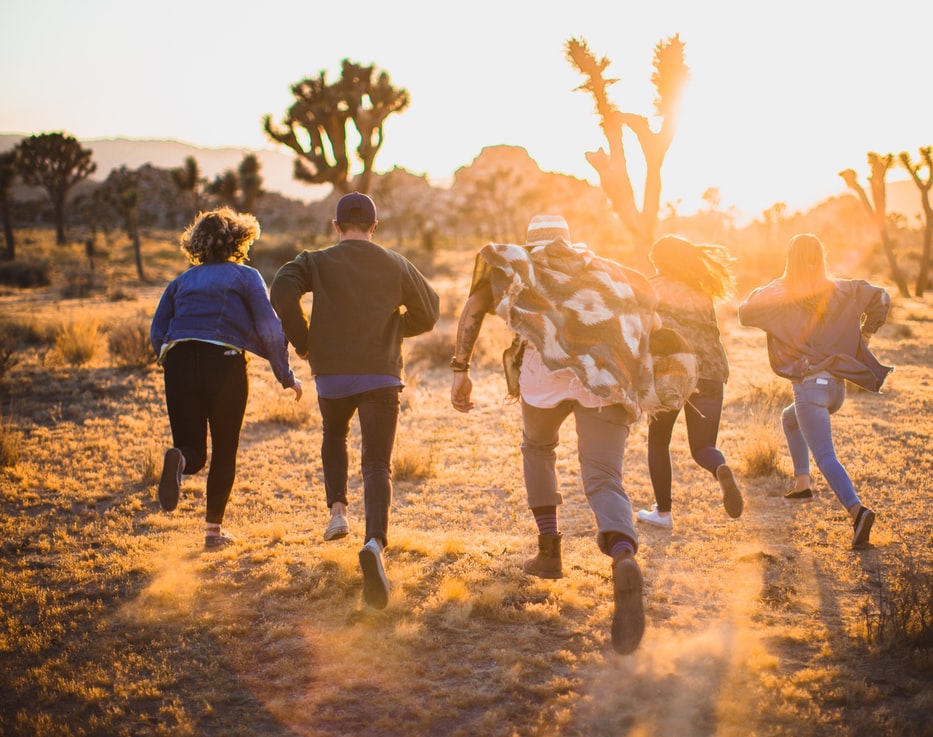 “The father said, ‘My son, you are always with me by my side. Everything I have is yours to enjoy. It’s only right to rejoice and celebrate like this, because your brother was once dead and gone, but now he is alive and back with us again. He was lost, but now he is found!” Luke 15:31-32

According to many in the faith, very soon a great Revival will spread its way across our country. Those same people say it will begin with our youth and will be a “cleansing flood of Jesus blood” across the cultural landscape. I pray this is true! My prayer continues to be, “prepare my heart for Your work, oh God.”

For me and my family, revival starts at home, right in the center of our hearts. For real Revival, it will take more than just professing to be a Christian, finding the same seat on Sunday, and exiting the same way we came in. Revival takes action, it is our pure obedience to God! American minister Charles Finney, considered the Father of Modern Revivalism said, “A revival is nothing else than a new beginning of obedience to God.” Finney died in 1875, hardly modern times, yet the problem he addressed is still relevant today. Simply put, we have a SIN problem. Disobedience to God. Now in our more recent times, sin is watered down, excused, minimized, legalized, and even glorified in some cases. But in His Book, sin is sin and it is messy. And without exception, sin stands like an insurmountable wall between us and God, and in turn, fulfillment, and joy!

The relevance of the Prodigal Son in Luke is of particular significance in these times. Webster’s definition of prodigal is wastefully extravagant, as of money, time, etc. Yielding in profusion. For me the etc. is a multitude of conditions of extravagance centered around the importance of self and self-satisfaction. The motto could be “life is short, and I intend to sample everything!”

The story begins, Then Jesus said, “Once there was a father with two sons. The younger son came to his father and said, ‘Father, don’t you think it’s time to give me my share of your estate? So the father went ahead and distributed between the two sons their inheritance. Shortly afterward, the younger son packed up all his belongings and traveled off to see the world. He journeyed to a far-off land where he soon wasted all he was given in a binge of extravagant and reckless living.” Luke 15:11-13 TPT

Sound farfetched? How many of us have handed a set of car-keys to a 16 or 17-year-old, and sent them out to see the world, only to never see them at supper again? Perhaps, you know your child is behaving badly and you keep excusing their problems? Maybe you are unknowingly funding their habits? We all know someone like the prodigal son. It could be a daughter, cousin, friend, parent, relative, or maybe it was you. Selfish does not have an age limitation.

There are all different kinds of prodigals, souls in rebellion, lured by the world, and blind to the blessings of God. Our prodigal in the story has his eyes opened when his money runs out. He hits rock bottom sharing supper with the pigs, which in his culture is the equivalent of being shamed in public. His life changed when he recognized his desperation. His need for a Savior.

Our country does not need another religious revival, we need a supernatural move of the Holy Spirit stirring hearts to reverse course, and head home! Perhaps the prayer for our sons, daughters, relatives, and friends, should be, “Please Lord, let the sin they are in make them so miserable they come home to You.”

So the young son set off for home. From a long distance away, his father saw him coming, dressed as a beggar, and great compassion swelled up in his heart for his son who was returning home. The father raced out to meet him, swept him up in his arms, hugged him dearly, and kissed him over and over with tender love.

Then the son said, ‘Father, I was wrong. I have sinned against you. I could never deserve to be called your son. Just let me be—’“The father interrupted and said, ‘Son, you’re home now!”

Now before we read the rest of this story, consider how we, the people of the church, will receive our prodigals returning home. Sins are forgiven, but the scars of sin can be dirty, stinky, and read like a book all over their bodies. Their Sunday best clothes may not look very dressed up and might even have holes. I mean, let’s be real, “they ate with the pigs!”

Will we be like the brother, unforgiving, believing his brother got what he deserved? Or, will we be like our Father? Believe it or not, I still get anonymous messages criticizing my days as a prodigal in high school. That was forty years ago! We should all pray for God to remove the dark shadows in our hearts.“

Turning to his servants, the father said, ’Quick, bring me the best robe, my very own robe, and I will place it on his shoulders. Bring the ring, the seal of sonship, and I will put it on his finger. And bring out the best shoes you can find for my son. Let’s prepare a great feast and celebrate. For my beloved son was once dead, but now he’s alive! Once he was lost, but now he is found!’ And everyone celebrated with overflowing joy. Luke 15:20-23 TPT

What will turn our hearts back to God? The Chinese people are secretly in revival. Their hearts are hungry and yearning for the freedom of our Lord and Savior Jesus Christ. Is it desperation, possibly oppression, which turns our hearts? Could it be fear which brings us to our knees? The mobs to the north in Canada have burned 50 churches over the last few weeks. Will that start a fire in our hearts?

Holy Spirit release the resurrection power! Our Nation is next! The prodigals are returning home! Will your heart be ready to welcome them back to God?

Sign up to receive weekly encouragement, inspiration, and prayers from Theresa Rowe.