The Old Made NEW 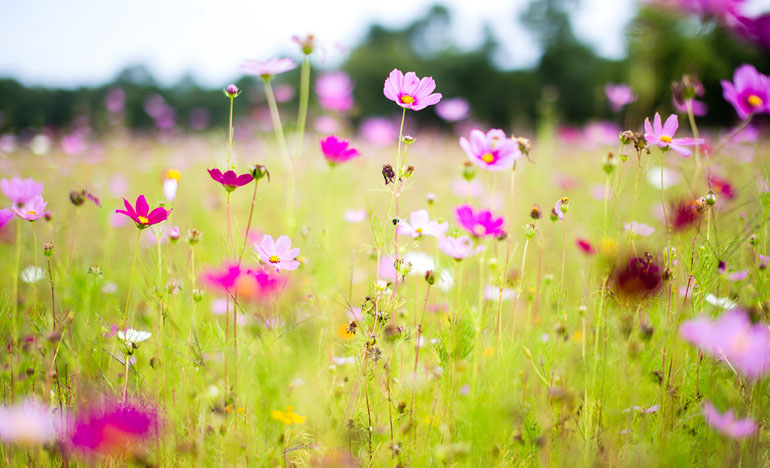 Jesus came and told his disciples, “I have been given all authority in heaven and on earth. Therefore, go and make disciples of all the nations, baptizing them in the name of the Father and the Son and the Holy Spirit. Teach these new disciples to obey all the commands I have given you. And be sure of this: I am with you always, even to the end of the age.”

Whether real, or really overblown, depending on who you ask, the circumstances of social distancing have changed the way we do things. For our family, and other families across the country, it meant not going to church on Easter Sunday, no hosting of the family get-together, no egg hunt, no sweet potato casserole or strawberry pretzel salad, and most important, no grand-children. This was unacceptable. At the last minute we gathered their Easter baskets and headed to their homes for indirect delivery. The plan would be to wear masks and place the baskets on their porches. Watching them open the baskets from afar soothed the absence in our hearts. While not the way we would have chosen to celebrate, this Easter will be one the kids will always remember.

In the days following Jesus death, burial, and resurrection, things were really changing for the disciples. In First Corinthians 15:3-8 the Apostle Paul presented a very strong case as to why things were changing, “Christ died for our sins, just as the scriptures said. He was seen by Peter and then by the Twelve. After that, he was seen by more than 500 of his followers at one time, most of whom are still alive, though some have died. Then he was seen by James and later by all the apostles. Last of all, as though I had been born at the wrong time, I also saw him.”

Can you imagine how the disciples must have felt knowing their Teacher was gone? While not fully understanding how the Lord had given himself for all sinners, and that his coming had been the ultimate success story; They only knew he was not with them anymore. They probably felt like the wind had been knocked out of them. Grieving, gasping for the first breath of hope. But then the resurrection changed everything!

Have you ever wondered why the Roman soldiers did not arrest Jesus as he was teaching and instructing the disciples? Could it be that the very ones who did not believe Jesus was the Son of God, the ones who crucified Him, saw with their own eyes that He was who he said he was? Were their eyes opened seeing Jesus walking, talking and eating? How about the Pharisees and other religious leaders who put Jesus to death, where were they on this issue? Do you think they tore their robes in mourning and repentance? But speculation about God choosing the soldiers or religious leaders as eye witnesses does not matter, because if we know now, news of this magnitude would have found their ears too. I know for me; life has never been the same since I realized Jesus Christ is Lord!

Before Jesus ascended into heaven, he gave the disciples, and those in attendance, the most important command they would ever receive. He was saying “this is important, and I am trusting you to share it with the whole world. But do not fear I will always be with you, now and forever. Get moving, don’t look back, regardless of the cost, tell others the good news.” It is because they obeyed his command, and shared the good news, that we have heard the good news and received everlasting life!

And the cost? It is a rich red, written in the pages of the Bible, historical documents, across the landscapes of the countless countries where their bodies lay, and through the hearts of modern day Christians. The Apostle Paul was beheaded. Peter was crucified upside down at his request under the Roman emperor Nero. Andrew was said to be crucified in Russia. Thomas was active in the east of Syria and India and was speared to death by four soldiers. Phillip was making disciples in Asia Minor and North Africa, imprisoned and cruelly killed. Matthew the tax collector was evangelizing in Persia and Ethiopia when he was stabbed to death.

Bartholomew was spreading the Gospel to India, Armenia, Ethiopia and Southern Arabia when he was martyred. James, who ministered in Syria, was killed the old-fashioned way, he was stoned to death. Simon the Zealot ministered in Persia and was killed after refusing to worship the sun god. Matthias, chosen to replace Judas, ministered in Syria and was burned to death. John, the apostle who cared for Mary, mother of Jesus, was the only disciple thought to have died a natural death. He is credited with writing the last book of the Bible…Revelation.

Some things have not changed. Christians are still being killed for the sake of Jesus Christ. Hundreds of thousands are killed each year, some horribly. Some Christians must meet in secret to avoid capture or being imprisoned. They have no churches, no freedom or safe places.

Now consider our situation, what if churches remain closed for our safety and the safety of other citizens? How will the Great Commission be realized?

For thousands of years, in the right season, farmers farm. They prepare the fields, plant the seed, and let God do the rest. We live in post resurrection times, the right season, and we have heard the good news of Jesus Christ. This message should transform our mind, heart, senses, desires, intentions, motivations, actions, everything about us. If we are Christians, should we not be about the Great Commission, and then let God do the rest?