The New Birth Within Us 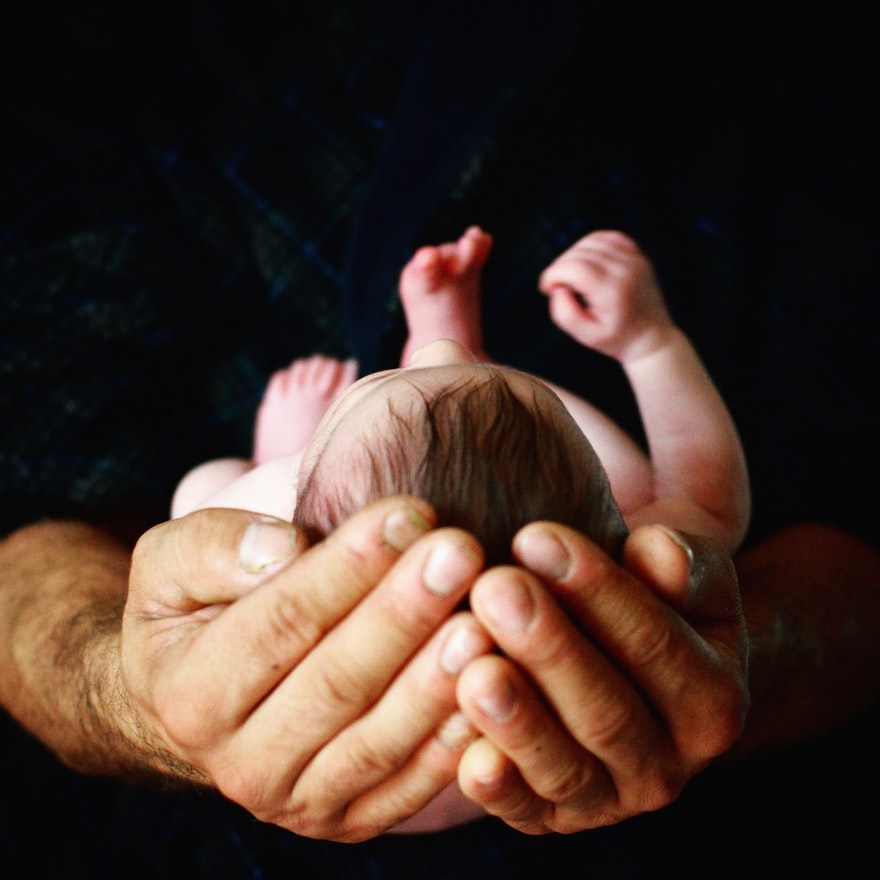 So the Word became human and made his home among us. He was full of unfailing love and faithfulness. And we have seen his glory, the glory of the Father’s one and only Son.

On January 27th, 2009, what started as a typical winter storm with a mixture of rain and snow, became a monumental weather event comparable with storms from 100 to 500 years ago, depending on which meteorologist you ask. Twenty-one days without electricity. What I remember is the crashing trees as the ice accumulated on their branches, eerily falling throughout the forest around us. With no power, and no neighbors nearby, I shivered as the cloudy damp darkness drizzled down my back, with the chilling silence broken by another falling branch.

Life suddenly felt out of our control, and after five very cold nights, we found refuge in the city with my sister.

Jesus was born in the darkest of times, in the most unlikely of places, with conditions that seem beyond our understanding. I don’t know about you, but stables seem to smell, are messy, and it is unlikely Bethlehem’s were any better. Yet, regardless of the unsanitary conditions, tightly wrapped in swaddling clothes and laying in the animals’ manger, is the Savior of the world.

God had been virtually silent for 400 years and life for first century people varied from hard to hopeless, depending on which ones you asked. The Jewish people knew a Messiah was coming and they longed for his arrival, and for justice. The birth of the Messiah would be a royal event, with religious dignitaries orchestrating meetings with the newborn King. They expected Rome to fall prostate before Him and that all their problems would be solved.

Instead, Jesus came into the world looking like an ordinary baby, fully human, but also, fully God. And while He could have done all the things the Jewish people and religious leaders wanted Him to do, He chose to humble himself and live as ordinary people lived. Obviously, our ways are not God’s ways. But ironically, He lived like us.

Therefore, it was necessary for him to be made in every respect like us, his brothers and sisters, so that he could be our merciful and faithful High Priest before God. Then he could offer a sacrifice that would take away the sins of the people.

Like the first century Jewish people, we can have our own ideas about God. I know at times I have tried to be God’s watchmaker, setting timetables on His plans for my goals. For others, they feel like the prayer well has run dry. God is still here, and He still loves you. God has a way of suddenly changing, surprising, and turning disappointment and disaster, into wonderful worship and praise!

How do I know? When hope was almost gone, that prodigal child came home. How? Jesus. How about that addiction you just couldn’t beat? Who helped you? Jesus. What about those dreams and aspirations that crashed and burned? Who breathed new life into them? Jesus. What about the injury diagnosed as permanent with no hope for improvement, but then you improved? Who is the Great Physician? Jesus. Finally, the baby you wanted but could never have, is smiling and giggling with you now! Praise Jesus!

It is easy to get tangled up in the web of this world. A person need not look far to see suffering and darkness. We must remember we were all lost at one time, a lone sheep which strayed from the flock. Do you realize that Jesus left the ninety-nine other sheep to look for you? You, yes you! Who wants you to live the abundant life now? Jesus.

Jesus said in Luke 15:4, “Suppose one of you has a hundred sheep and loses one of them. Doesn’t he leave the ninety-nine in the open country and go after the lost sheep until he finds it?”

Once again storms have ravaged our State, carving a path of death, damage, and displaced families, over two hundred miles long. But instead of darkness and despair, our people have come together offering hope in place of hopelessness and love, a soothing balm for suffering. Yes, Jesus has been shining his light through his people. Jesus does his best work when life seems darkest!

I think you probably noticed a theme. Jesus came into the world as a human wrapped in the Glory of God to show us how to live and love. Jesus is the answer to all the storms we face in life. He is the light which dispels the darkness! As we celebrate His birth, the greatest gift we can experience this season is the new birth of Jesus within us.

And while we are fully human, by faith, we can experience the fullness of Jesus Christ within.

“He came into the very world he created, but the world didn’t recognize him. He came to his own people, and even they rejected him. But to all who believed him and accepted him, he gave the right to become children of God. They are reborn—not with a physical birth resulting from human passion or plan, but a birth that comes from God.” John 1:10-13

Be prepared for life’s spiritual storms by celebrating Jesus every day!