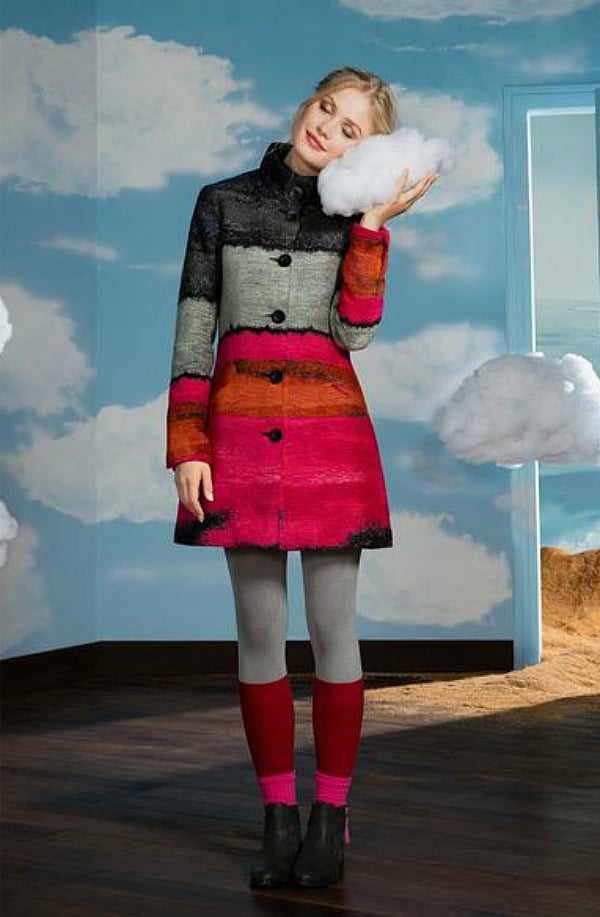 Shakespeare coined the phrase, “The green-eyed monsters,” watching cats toy with their captured prey before eating them. He also said, “The eyes are the windows of the soul” and with that in mind, we will not be talking about cats and mice today.

Jealousy, that ugly green-eyed monster, is defined as the uneasiness felt due to suspicion, resentment or fear of rivalry, especially in regards to love or affection. Envy is the feeling of resentment, discontentment or jealousy of another’s position or success. While jealousy may sound seemingly harmless, almost entertaining, in grade school affections, carrying these heart issues into adulthood often evolve into scary scenarios with monstrous results. This is why the story of Joseph, and his coat of many colors, is timeless.

For the last ten years my husband and I have celebrated changing out the old for the new, on New Year’s Eve, with another couple whose friendship is quite dear to us. We joke, “Eat out early, be home before the clock strikes eight, sleeping soundly by ten, and next year do it all over again.” We are real party animals.

This year, while dressing to go out, God stirred my spirit and said, “Put on your coat.” Now, that may seem strange or weird to you, but God will reveal His message if you are listening for His voice. In this case, I knew exactly what He was saying to me. The coat had been hanging in my closet for over a year, and still had the tags on it. Though it had not been worn, the memories associated with the purchase flooded my thoughts.

We were visiting my daughter and her family in Belgium. My daughter knows I love fashion and design, especially with clothing. She suggested we shop at Desigual, and upon seeing the window display, I knew this was the place for me. The designs were colorful, inspiring and creative. The artwork and atmosphere was refreshing and invigorating, encouraging a pleasant shopping experience. Color was everywhere. Chandeliers reached down from ceilings offering warm hugs to patrons, while hearts and powerful motivational words decorated walls and infused optimism.

And then, there was the coat! I called it the Joseph coat; the coat of many colors. I tried it on and it was a perfect fit. My logical side said, “You will not wear this coat. People will laugh at you.” My dreamer side told me, “These are great colors, and it is fashion from Europe, go ahead and buy the coat!” The dreamer won this battle.

Joseph was called the dreamer by his brothers and it wasn’t a compliment. God gave Joseph dreams and the gift of interpreting them too. Joseph was the youngest son of Jacob, and as often happens with the baby, he was the favorite. Jacob demonstrated that favoritism by designing a one of a kind, “coat of many colors” elaborate in detail and the envy of all his brothers. While God had great plans for Joseph, he was not yet fine-tuned, not sharpened, often bragging about how he would one day rule over his entire family. As you might expect, these immature statements, while eventually accurate, divided the family, stirring up anger and frustration amongst the brothers.

Here is the background of this story from Genesis chapter 37. “Joseph, a young man of seventeen, was tending the flocks with his brothers, the sons of Bilhah and the sons of Zilpah, his father’s wives, and he brought their father a bad report about them. Now Jacob (also called Israel) loved Joseph more than any of his other sons, because he had been born to him in his old age; and he made an ornate robe for him. When his brothers saw that their father loved him more than any of them, they hated him and could not speak a kind word to him.” Let’s see how the seeds of jealousy grow.

Yes, Joseph was immature, but it was the brothers’ jealousy which spurred the desire to kill him. The oldest brother Reuben feared he would lose his inheritance if their father’s favorite son was killed, so he convinced his brothers to sell Joseph into slavery instead of killing him. This set in motion an elaborate set of events which eventually placed Joseph in the second highest position in Egypt, answering only to Pharaoh the king. God protected Joseph in prison and every step along the way. Joseph learned patience and maturity, and you can read all about these life experiences in Chapters 37, 39-48 of Genesis.

This story has a really good ending and is a wonderful example of forgiveness. Jealousy, envy and bitterness can destroy a person, and a family, if we give into the ugliness. There are many accounts in the Bible of jealousy and how this green-eyed monster comes to kill and destroy what God has planned for our lives. Consider the story of Cain and Abel in Genesis 37:4-11, or the prodigal son in Luke 15:25-30 and then there are the two sisters, Martha and Mary, with Martha jealous of Mary sitting at the feet of Jesus in Luke 10:38-40.

When we allow our pride, envy, complaining, selfishness, high expectations of others, resentment and jealousy to take root in our hearts, it chokes out the love and the worst is yet to come. But, if we allow God to work things out for our good and for His glory, the best is yet to come. It is your choice; Choose the abundant life filled with God’s love and peace, or, fertilize the green-eyed monster and play the victim card the rest of your life. There is no in-between, no straddling the fence, it’s all or nothing. God creates each of us unique and special, and He designs us that way for His specific purpose. You see He has a wonderful coat of many colors just for you, isn’t time to put on His coat?

“Since this is the kind of life we have chosen, the life of the spirit, let us make sure that we do not just hold it as an idea in our heads or a sentiment in our hearts, but work out its implications in every detail of our lives. That means we will not compare ourselves with each other as if one of us is better and another worse. We have far more interesting things to do with our lives. Each of us is an original.” Galatians 5:25-26

Theresa Rowe is the Founder of Shaped by Faith, Author of Guideposts’ Shaped by Faith, 10 Secrets to Strengthening Your Body and Soul, a Motivational Wellness Speaker, Health Coach and Host of Shaped by Faith Radio every Friday, Saturday and Sunday at 8:00 am on 99.1 FM and 1490 AM WOMI. Listen: http://womiowensboro.com/listen-live/popup/