Pulling up everything, roots and all! 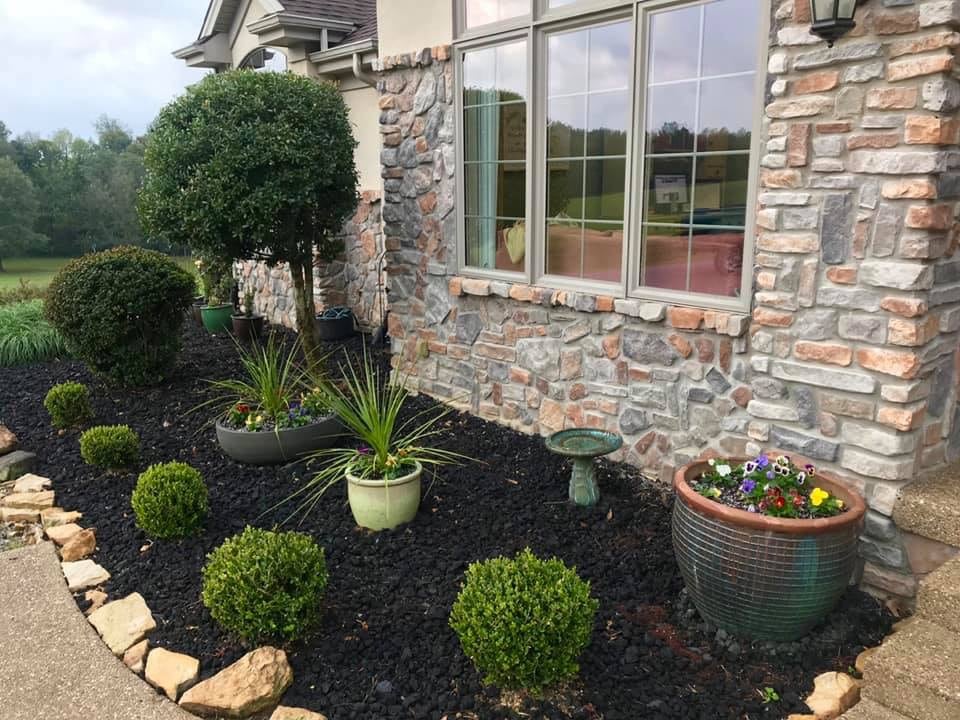 “Every plant, which my heavenly Father has not planted, shall be uprooted.”

As I write, fall has officially arrived in Kentucky, with brisk mornings, and leaves as big as basketballs riding the cool breeze to the goal at the end of our driveway. Hard to believe we were just three short days from the high 80’s, and humidity more typical of August, than October. Just like Kentucky weather, where seasons can dramatically turn in a few short hours, my plans change abruptly with a word from God.

My prayer time the last few weeks has included specific requests about direction on important matters in my life. As I taught my fitness class that last hot day, I clearly heard God say, “Go home and dig in the dirt.” For many, those are words which require no additional encouragement. They are words sweetly spoken to the soul, therapeutic, invigorating, and met with earnest enthusiasm. Sadly, digging in the dirt and getting hot and sweaty hasn’t appealed to me since my time in the Sticker Bush Church. I was seven.

But, if God wants me to dig in the dirt, I will be landscaping and digging in the dirt. I have come to realize it is better to be obedient sooner rather than later.

On my way home I thought to myself, “If God wants me digging, He must want me planting something new.” I stopped and purchased some colorful pansies, so bright and beautiful, along with several bags of new potting soil.

After unloading the flowers and heavy bags of potting soil from my car, I stood on the driveway and stared at our pitiful flower garden. My eyes stayed drawn to the four large bushes, in varied stages of sleepiness, which stood guard at the front of the house. It was clear to me that before there could be new flowers planted; the old dying bushes would need to be pulled up, roots and all!

Not far from the garden was my husband’s farm truck, and in that moment I decided to pull up the bushes. I found one of my husband’s old chains he uses to pull the mower when stuck, and carefully wrapped it around the first bush. I attached the chain to the truck, revved the engine a few times, and out the first bush came, simple as pie! The roots were not too long and after removing the chain, I did a deep squat, and using my legs and core muscles, threw it into the bed of the pickup. Good posture is vitally important when lifting heavy objects, the last thing you want is to hurt yourself. I must admit, it felt pretty good driving the old bush to the burn pile!

The other three bushes were not so easy. These bushes were extra big, and I knew they would require a different strategy. I backed the truck up as close as possible, trampling and smashing things in the garden. I wrapped the chain and began the process. The truck tugged, and lunged forward, spinning the tires and shooting gravel and dirt all over the side of the house. After several tries the stubborn bush turned loose and came out of the ground. After studying the size and weight, I decided to just leave it chained and drag it to the burn pile. Somewhat aggravated, I shot down the driveway with the bush bouncing side to side, to and fro, leaving branches, clods of dirt, and pit marks in the gravel driveway.

Bush number three was a hum dinger, and broke the chain. It was just God and me, and we were coming to the end of me. I was not going to be defeated because I was not alone. I called my neighbor and borrowed a heavy duty chain and began again. As the fourth bush came rolling out of its hole, a certain special satisfaction reinvigorated my spirit. Squatting low, and using my legs, I heaved the last bush into the back of the pickup. You know, the last one really didn’t seem as heavy as the other bushes!

Jesus said in Matthew 15:13, “Every plant, which my heavenly Father has not planted, shall be uprooted.”

After dumping all the old potting soil, and planting the new flowers, it was time to enjoy the view. As I wiped the sweat and dirt from around my eyes, the picture became clear; God was showing me His way of preparing the soil in my heart. Heart issues may require us to get down and dirty, with some things more challenging to remove than others. But to see the beauty God has planned, we must remove anything that was not planted by God, roots and all! God is the Master Gardener, and he makes all his plantings bright and beautiful!

I leave you with the words of Pastor C.H. Spurgeon from a sermon on December 8th, 1861.
“A ministry that never uproots will never water; a ministry that does not pull down will never build up. He who does not know how to pull up the plants which God has not planted, scarcely understands how to be a worker of God in his vineyard. Our ministry ought always to be a killing as well as a healing one,–a ministry which kills all false hopes, blights all wrong confidences, and weeds out all foolish trusts, while at the same time it trains up the most feeble shoot of real hope, and bestows comfort and encouragement even to the weakest of the sincere followers of Christ.”

Lord, help us to expose our hearts to You daily. We give you permission Lord to Uproot anything in our lives that does not bring glory or honor to You! Help us to leave the past in the past and to move forward as we experience you in a fresh, new way. We desire to be where you are, we desire to be in Your Will doing Your Work. Thank You Lord for hearing our prayer and for loving us right where we are. In the name of Jesus, AMEN!