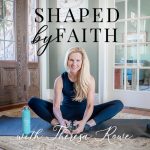 I recently met Dave Christiano, a Christian Film producer, writer & director, when he held a private showing of one of his films, Power of the Air. The message of this film really spoke to my heart and I was so thankful I got to speak with Dave after the showing.

I wanted all of you to hear all about Dave Christiano and the amazing work he is doing for the Lord as he shares the message of the Gospel of Jesus Christ in each of his films.

I cannot wait to attend the October premiere of Dave’s new movie, The Perfect Race and meet the lead actress Allee-Sutton Hethcoat!

Dave lives in Nashville, TN so we decided to have a phone interview about what he does and share his passion of film making and why he does what he does.

Here are some of the questions I asked him and his answers.

How and why did you get started in producing Christian Films?

I began in the Christian film industry back in 1985 and early on took a great interest in the history of Christian movies.

Why is it important for you to produce Christian Films?

If someone is going to call a movie a Christian film, it needs to have a sincere message for Jesus Christ. That is the bottom line for me and makes it quite simple when it comes to selecting which films to offer. I’m looking for message first.

“I want to make sure every movie we offer has the person or presence of Christ in it.” Dave

Here is the history of how Dave and his twin brother began the process of making Christian films.

In 1977, twin brothers Dave and Rich Christiano left their hometown of Waterloo, New York and drove out to Hollywood, California with high hopes and big dreams. Rich had written a high school script called The Valedictorian and was hoping this would lead to beginning a career in Hollywood. After negotiations with a few producers and one contract offer, Rich never signed and the movie was never produced. Then something happened that changed the whole direction of the Christiano Brothers lives.

When did you produce your first film? What was it about?

At age 28, in the summer of 1985, Dave wrote, produced and directed his first film called The Daylight Zone. It was a Christian version of the old TV series, The Twilight Zone. Rich co-financed the project. Filmed in south Texas, the movie was shot on 16mm film and released by Christiano Brothers Films in the spring of 1986.

Prior to the release of The Daylight Zone, Dave moved back to Arkansas and rejoined his brother Rich. They set up an office in Jonesboro and began to distribute their new movie.

Allee-Sutton Hethcoat reprises her role
as Coach Courtney Smith-Donnelly from
Remember The Goal in The Perfect Race.

She takes her coaching wisdom to the track
and works with a female athlete at a small
Christian college who tries to overcome long odds
and win a national title in the 800 meter run.
Coach Donnelly’s training methods and teachings
about life both line up with the concept
that in order to win…you first have to lose.

More showings and info to come.

Films produced by the Christiano Brothers

POWER OF THE AIR is available for church rental and special one night theater showings.