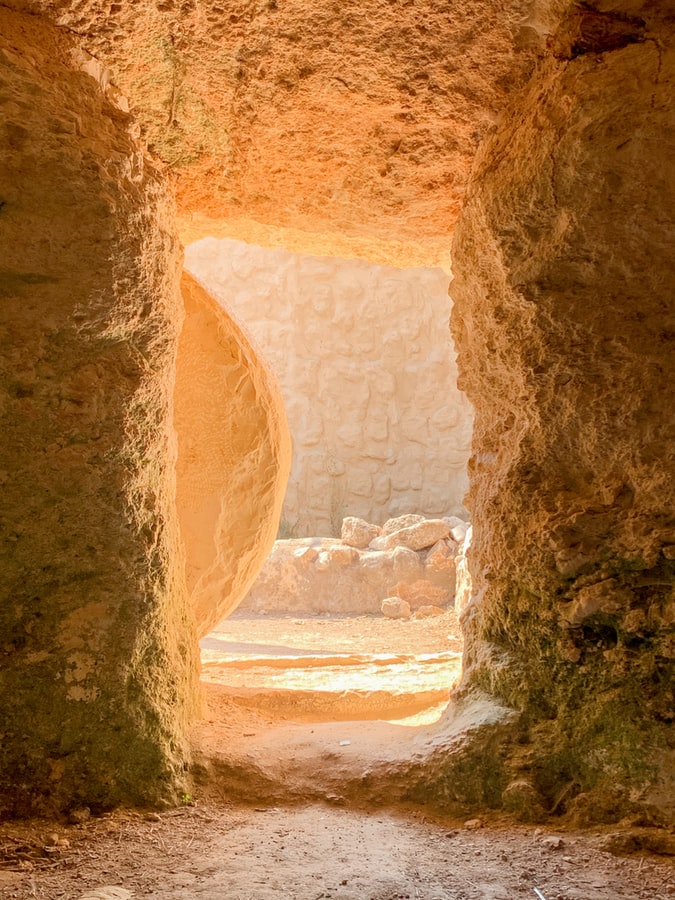 These were some of the last words Jesus spoke from the cross at Calvary. His mother, along with John, the disciple whom He loved, stood witnessing His sacrificial suffering for the sins of all mankind. From a mother’s perspective, watching your son beaten, whipped, spit upon, disrespected, and then nailed to a tree, would be like putting your heart through a grinder. Beyond the physical suffering, imagine the feeling of abandonment Jesus must have felt, covered in our sin, when He said, “My God, my God, why hast Thou forsaken me?” Mark 15:34.

Since the days of Adam and Eve, we have lived under the curse of sin. It was a debt we could not pay. It would be like owing millions of dollars while earning minimum wage. We could never pay it back! God provided his son Jesus as a great reset for mankind. Jesus could easily have said, “Your sin debt is paid in full.” Jesus reversed the curse and willingly became the sacrificial Lamb of God.“

He was wounded for our transgressions, He was crushed for our wickedness [our sin, our injustice, our wrongdoing]; The punishment [required] for our well-being fell on Him, and by His stripes [wounds] we are healed. Isaiah 53:5.

The plan for our security was no spur of the moment decision, it began way back in the Old Testament. As all of you know, paying debts takes planning and sacrifice, God did both.

When it really sinks in, what Jesus did on the cross, my only thought is how can I repay Him. I want to live my life as a holy example before Him and share with others what He has done for me. Sometimes before we even know it, we get distracted with the ways of the world, and just like that, we are anything but a right example for others. Can people really see the difference since we became sons and daughters of Christ? Have we begun the process of spiritual purification by rooting out things which can impact our relationship with God? Do the things in my home, or the things I watch or listen to, edify my Lord? We all must answer these questions for ourselves.

Sadly, America has grown far too cavalier about sin. We are drowning in our decadence and totally afraid to say a word about it! We have lost our spiritually healthy fear of God! Here’s an example, Lil Nas X, like many entertainers, has introduced a line of shoes. He has developed satan’s shoes, with pentagrams and a single drop of blood in each sole of the shoe. It does have a scripture on the side, Luke 10:18, the verse describing satan being sent to earth from heaven. They also are in limited production of 666. For those curious about the price, just $1018. I wonder if the shoes come equipped with lightning rods.

The Apostle Paul offers the Word in response to people lost in this world. “And you were dead in your offenses and sins, in which you previously walked according to the course of this world, according to the prince of the power of the air, of the spirit that is now working in the sons of disobedience. Among them we too all previously lived in the lusts of our flesh, indulging the desires of the flesh and of the mind, and were by nature children of wrath, just as the rest. But God, being rich in mercy, because of His great love with which He loved us, even when we were dead in our wrongdoings, made us alive together with Christ (by grace you have been saved), and raised us up with Him, and seated us with Him in the heavenly places in Christ Jesus, so that in the ages to come He might show the boundless riches of His grace in kindness toward us in Christ Jesus.” Ephesians 2:1-7.

If anyone would know what it’s like to be on the wrong side of Christ, it would be Paul. He meticulously hunted down Christians and slaughtered them for following Jesus. But when he met Jesus everything changed! He was radically different! Acts 9:1-19 tells his story. God used a sinful, murdering, tainted man, and turned him into a new creation. Imagine that, God using the biggest sinner to draw others closer to Christ. That’s what God does, and He is still doing today.

Paul adds these verses from Ephesians 3:18-20 TPT, “For there are many who live by different standards. As I’ve warned you many times (I weep as I write these words), they are enemies of the cross of the Anointed One and doom awaits them. Their god has possessed them and made them mute. Their boast is in their shameful lifestyles and their minds are in the dirt. But we are a colony of heaven on earth as we cling tightly to our life-giver, the Lord Jesus Christ, who will transform our humble bodies and transfigure us into the identical likeness of his glorified body. And using his matchless power, he continually subdues everything to himself.”

I recognize the current model of Easter has become a wonderful celebration of food, family, and fun. But what Jesus did that first Easter was no game. It was real and it was the final nail in satan’s coffin. This is no Hollywood script, “shouldn’t we all try to get along,” and the Grand Finale will not have Jesus and satan putting their differences aside to become blood brothers. God cannot tolerate sin; you must pick a side! Failure to choose is not an excuse, it is eternal!

There is freedom knowing your debt is stamped paid in full! Jesus said His Father’s house has many mansions. There’s one for you too!