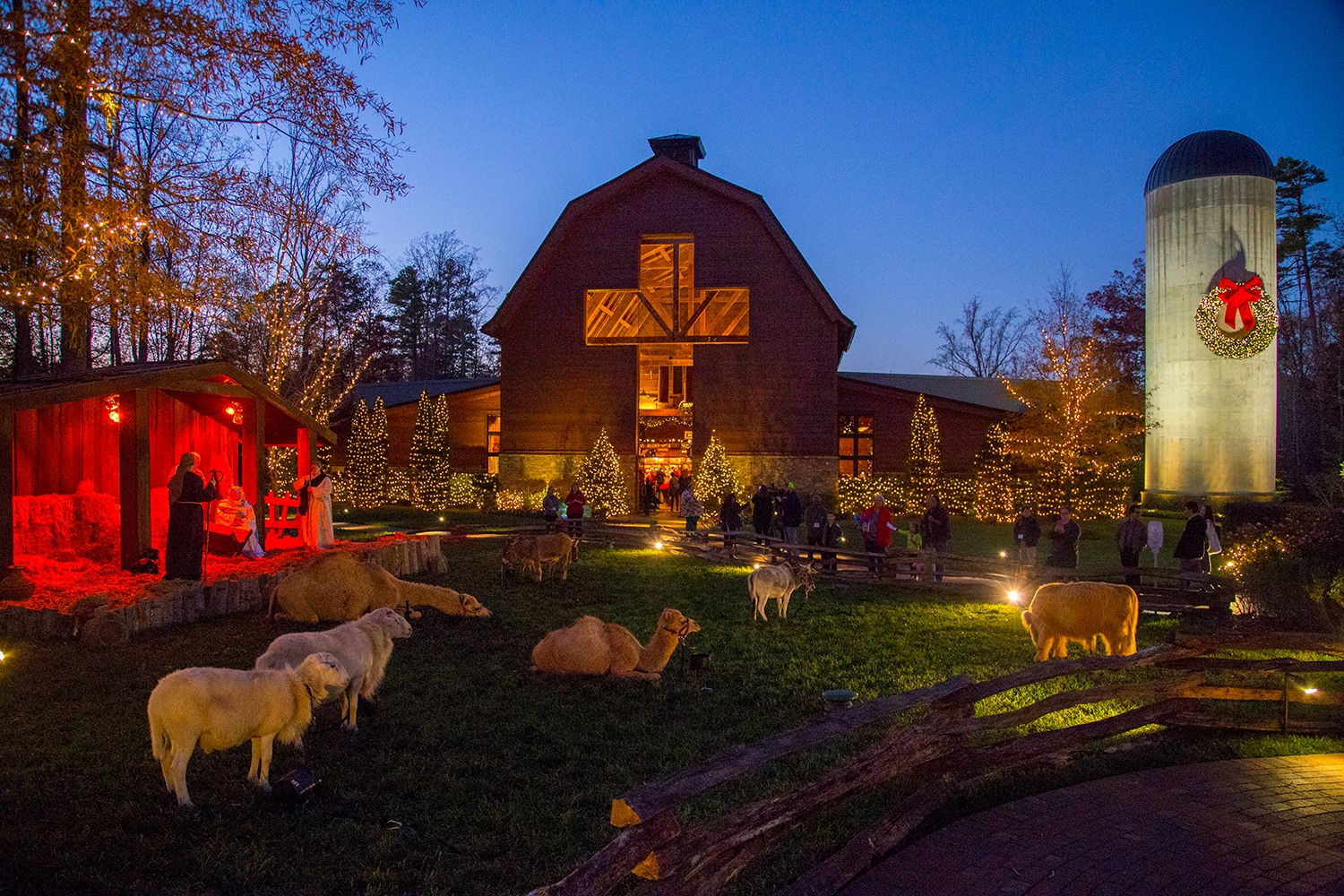 “Commit your work to the Lord, and your plans will be established.” Proverbs 16:3

Watching the black and white televised Crusade from the 1940’s at the Billy Graham Library in Charlotte was an extraordinary experience for me. While typically steely strong, I was greatly moved hearing and watching one of God’s greatest Warriors delivering the invitation for people to accept Jesus Christ as their personal Savior. God reminded me His Word never goes dull; and when delivered by a servant who serves with humility and integrity, it is sharp and penetrates the heart of man.

Billy walked with such humility he did not want the Library to bear his name. It wasn’t until the BGEA staff convinced him souls would be saved at the Library that he allowed it to move forward. Since its opening in June of 2007, there have been 1,075,470 visitors; with more than 27,980 commitments, professions of faith, and/or re-dedications.

Our tour-director was Ron Shea, son of George Beverly Shea, who offered colorful personal history and family insights, along with intimate life experiences to the memorabilia on display. Watching the old programs, listening to the recordings, and hearing the words from Ron, lead me to see there was nothing left to chance at the Library; it was all done to the Glory of God, and like everything with the Billy Graham Evangelistic Association, was processed from the point of view of “What does the Bible say about this?”

As the falling leaves lapped at my ankles, and the smoke from nearby wild-fires circled up from the valleys, the reasoning was clear why Billy Graham called the Blue Ridge Mountains of North Carolina home. Touring his boyhood home, which sits adjacent to the Library, offered further evidence to his love of home and the firm grounding of family. Not just blood family, but his extended family, the Family of God. With hundreds of volunteers, and very few paid employees, his “Family of God” is ever growing, and always showing God’s love to visitors.

But, if strategic planning had not taken place in November of 1948, all of these works for the Lord, might have never been.

“See then that you walk circumspectly, not as fools but as wise.” Ephesians 5:15

“He who walks with the wise grows wise, but a companion of fools suffers harm.” Proverbs 13:20

After a very successful evangelistic tour finished with Youth for Christ in 1948, Billy and his revival team started an independent ministry. The popular young quartet included Billy, Bev Shea, Grady Wilson, and Cliff Barrows. Americans were flocking to revivals and Evangelistic Christianity enjoyed the same postwar boom as the rest of the country. Lots of different groups wanted to take advantage of the huge crowds and followings at the events. Politicians and entertainers saw the opportunity to promote and market themselves. Power, money and sex had already brought allegations and accusations to bear against other evangelists, and Billy and the team knew even a whiff of controversy could destroy God’s plan for the ministry. The team knew an action plan was needed to confront the temptations, and in turn, silence from the start any comparison to the fictional charlatan preacher “Elmer Gantry” by Sinclair Lewis.

So, in 1948, the team met together in a hotel room in Modesto, California. Though no written document was created, the “Manifesto” was specific and included provisions on several key things posing threats to the team. The basic provisions included and outlined the specific way the team would oversee and hold each other accountable in the areas of money, exaggeration, immorality, and criticism. Each of these areas had presented problems or completely destroyed the witness of other evangelists on the public stage.

These fine gentlemen never allowed money to impact their witness. Even with large love offerings, their salaries were modest and comparable to an average pastor’s salary. Excess monies were invested in future crusades and under God’s inspired direction. This financial plan never changed in the sixty years of their ministry together. In fact, Billy has been so generous to others, and lived so long; his round-the clock healthcare has become a challenge to pay. I am confident the Lord will provide.

While other evangelists inflated the attendance at events, the BGEA always deferred announcements on attendance to local police, fire departments, or arena officials. The exaggeration was not needed for God’s plan to be fulfilled.

While others often criticized local churches and pastors from the pulpit, Billy’s team avoided criticism, working closely with churches that supported cooperative evangelism.  Even local pastors that had criticized the team were not met with criticism. Walking humbly among their peers helped guard their hearts from a prideful spirit.

Immorality, or lack of sexual purity, had been challenging and tempting travelling religious leaders since the beginning of time. The four men on the team agreed to pray for one another and ask God to help them guard against this issue. They put safeguards in place like booking all hotel rooms together, never being alone with a woman, other than their wives or daughters, at lunch, in a car, at counseling sessions, or anywhere alone. Billy was so vehement about this he would send in fellow team members to check his room for uninvited guests. These men wanted no blemishes on God’s vessels.

This plan for holiness is a model for all men, and if adopted as a lifestyle, I believe it is the type of service Christ describes in John 12:26, “If anyone serves Me, let him follow Me; and where I am, there My servant will be also. If anyone serves Me, him My Father will honor.”

After completing our touring of the Library we headed towards Asheville to spend a couple of days in training at The Cove, the BGEA training facility. And while I could go on and on about the southern hospitality, generous treatment from the volunteers, and powerful preaching and teaching from Billy’s grandson, Will, I will instead conclude offering the solution to man’s eternal problem.  As Reverend Billy Graham would often say, “The Bible says, For God so loved the world that He gave His only begotten Son, that whosoever believes in Him should not perish but have eternal life. Won’t you accept His plan for your life today?”

This Column appeared in the Owensboro Messenger Inquirer December 3, 2016