Loving You Right Where You Are 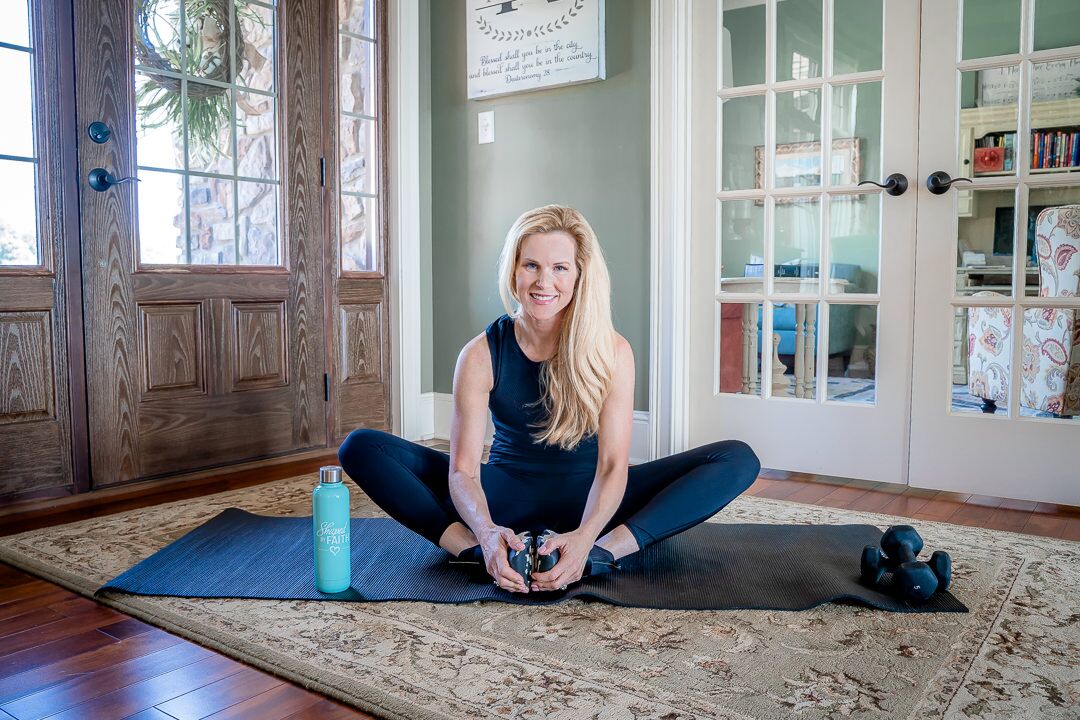 “But those who drink the water I give will never be thirsty again. It becomes a fresh, bubbling spring within them, giving them eternal life.”

I returned home with little fanfare. Seven years seemed like a lifetime to be gone from home when you are young and ready to challenge the world. There was no parade, and my dream, a dry well, leaving me thirsting for more. I found a job teaching fitness classes at a local health club. My open-heart surgery scar was not quite as visible in fitness tops as it had been a long two years ago, but even so, I knew it was large and obviously, still there. Discouraged, like damaged goods, and a failure because of my recent divorce, my father convinced me to move back home to begin again.

While it seems like only yesterday, but it has been thirty years since Jesus came knocking at my door. After teaching class at my new job at the health club, a student asked if she could pray with me. Long story short, I politely turned her down. Funny how God will pursue us in places we would never expect, love us despite ourselves or the condition of our hearts. I certainly was not prepared for Him to show up and love me right where I was. Thankfully my student was not discouraged and obediently knocked on my door a few hours later that day. Once again she politely asked if she could pray for me, and the rest of my story is being lived day by day.

This life changing experience was my woman at the well, woman healed of the issue of bleeding, and burning bush moment, all scrolled into one. For the first time in my life, I recognized and experienced unconditional love. God did not ask me to clean myself up before He would love me, He just loved me! He extended his grace, mercy and forgiveness, going out of His way to meet me right where I was, hiding in my house! Finally, if that was not enough, the endometriosis I had been dealing with for three years was healed, no more bleeding! God made a home in my heart that day, and my old dreams were exchanged for His new! The next day was the beginning of a new chapter in my life being Shaped by Faith.

Are you hiding from God? Perhaps, you are being called to pray for a specific person?

I can certainly relate to the story of the woman at the well in John 4. Jesus, on his way to Galilee, actually walked two full days out of his way to meet this woman. The woman was completely unaware of the change about to happen in her life. God scheduled her to attend a divinely arranged meeting with Jesus at the well.

“He had to go through Samaria on the way. Eventually he came to the Samaritan village of Sychar, near the field that Jacob gave to his son Joseph. Jacob’s well was there; and Jesus tired from the long walk, sat wearily beside the well about noontime. Soon a Samaritan woman came to draw water, and Jesus said to her, ‘Please give me a drink’. He was alone at the time because his disciples had gone into the village to buy some food.

The woman was surprised, for Jews refuse to have anything to do with Samaritans. She said to Jesus, “You are a Jew, and I am a Samaritan woman. Why are you asking me for a drink?”

Jesus replied, “If you only knew the gift God has for you and who you are speaking to, you would ask me, and I would give you living water.” John 4:4-10

Believe or not, in the old times, Jews did not associate with Samaritans. In fact, Jews hated Samaritans and viewed them as religious reprobates. Most Jews would go out of their way to avoid traveling through Samaria, but not Jesus. Jesus reached across racial barriers by going to Samaria. He broke all the rules and initiated conversation with this woman. This was beyond abnormal; men did not speak to their mothers or female relatives in public, much less a Samaritan woman. He didn’t care about the division between Jews and Samaritans, or customs between men and women. Jesus did not care about religious rules or being politically correct, he cared about people, all people.

Obviously, this Samaritan woman had heard her share of comments from her own people to be at the well at noon. She came at noon to avoid other people because of her lifestyle of sin. She didn’t want to hear the criticism, the gossip, and the judging words of her peers. Perhaps there were even religious leaders offering a baptism of condemnation. Jesus knew she would be there and surprised her with his words.

Because of her past lifestyle, she’s not sure about Jesus, and responds accordingly. He cuts right to the heart of her sin, so she would recognize her need for a Savior. Jesus shares things about her that no one could have known lest He be God. She wasn’t prepared for someone to love her, despite all her sin. She leaves her water jar, and her old life behind, and runs to share the news about Jesus to the towns people. Just a few minutes before meeting Jesus she was running from the people. Now, because of her testimony, many became believers.

Jesus came to the Samaritan woman, and offers her eternal life, to be saved, without asking her to get her life in order. Once we open the door to our heart, He can do a work in us.

So how about this Jesus? Perhaps he is different than you may have imagined, or some religious person has portrayed Him to be. He is the only way, and only one, who can save you from yourself, and he will love you right where you are.