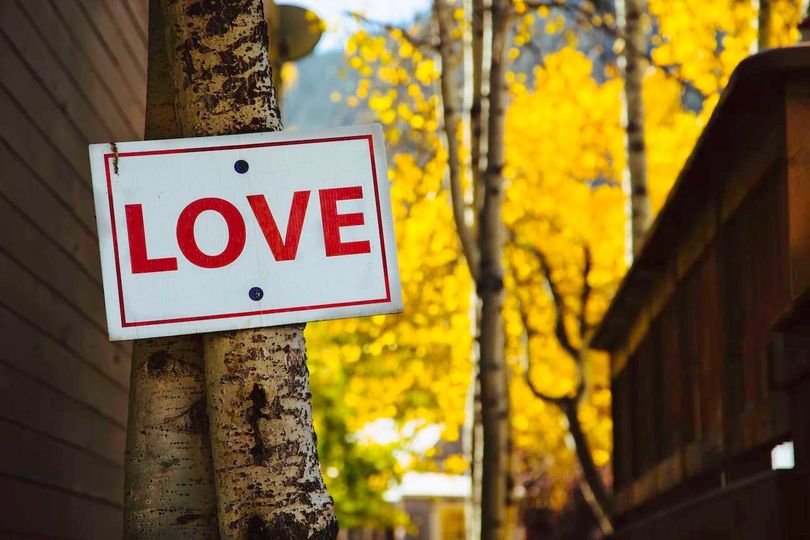 “You must love the Lord your God with all your heart, all your soul, all your strength, and all your mind.’ And ‘love your neighbor as yourself.” “Right!” Jesus told him. “Do this and you will live.”

Jesus gave us the example of how to “love our neighbor” in the Parable of the Good Samaritan. Before we examine the Word of God, there are a few specifics we should know. First, Jesus is not accidental with his words. He would not say words if they did not hold significance. Second, there was a generational hostility between the Jews and Samaritans. The Jews saw themselves as purebreds, the only true descendants of Abraham.

The Samaritans were a mixed lot, the result of Jews in the Northern Kingdom intermarrying with other peoples after Israel was exiled. In other words, “born on the wrong side of the track, and an inferior people never able to measure up to Jewish standards”. In fact, they were not worthy to be spoken to let alone help them if they were in need. Hatred was the only language between the two peoples. The Jews viewed the Samaritans as religious pariahs.

The man wanted to justify his actions, so he asked Jesus, “And who is my neighbor?”

Jesus replied with a story: “A Jewish man was traveling from Jerusalem down to Jericho, and he was attacked by bandits. They stripped him of his clothes, beat him up, and left him half dead beside the road.

By chance a priest came along. But when he saw the man lying there, he crossed to the other side of the road and passed him by. A Temple assistant walked over and looked at him lying there, but he also passed by on the other side.

Then a despised Samaritan came along, and when he saw the man, he felt compassion for him. Going over to him, the Samaritan soothed his wounds with olive oil and wine and bandaged them. Then he put the man on his own donkey and took him to an inn, where he took care of him. The next day he handed the innkeeper two silver coins, telling him, ‘Take care of this man. If his bill runs higher than this, I’ll pay you the next time I’m here.’

“Now which of these three would you say was a neighbor to the man who was attacked by bandits?” Jesus asked.

The man replied, “The one who showed him mercy.”

Then Jesus said, “Yes, now go and do the same.”

What a wonderful, selfless act of love. The Samaritan doesn’t even know the man’s name and isn’t looking for any credit. He just sees a man in need and meets that need! How does that compare to modern America? We have allowed ourselves to excuse ourselves from responsibility. See no evil, hear no evil, and speak no evil. Metropolitan manakins, models of human bodies, but with hearts which beat quietly for self-preservation.

Truthfully, apathy is a form of soft hatred. Excusing away responsibility does not reduce responsibility, it only makes you feel better. But hatred is still hatred, and it is the fuel which drives the devil’s division in our country. We need to stop and smell the sulfur! The devil is not just tipping us this way or that way, he is turning us upside down!

People are killing one another like savage beasts while others take videos of the scene without any thought to help their neighbor. Just muscled-up manakins with cameras. The videos find their way in front of us, and we are dumbfounded by the violence. Even more confounding is the circle of witnesses frozen forever in their apathy. And Jesus asks, “Which of these is your neighbor?”

Instead of just covering up, we must wake up and look up, our redemption draws near. Our elections have become a referendum on degrees of wokeness. Parties are divided on what used to be common sense issues like public safety and food security. How can we be divided on protecting the most vulnerable and yet party loyalists on both sides scream over each other with hatred and disrespect. Pray before you vote and then pray for their service.

And on a side note, how do we call ourselves a sovereign nation without a border?

“And there will be strange signs in the sun, moon, and stars. And here on earth the nations will be in turmoil, perplexed by the roaring seas and strange tides.” Luke 21:25

The truth is I still believe in America, and know it is the grandest place on earth. My faith is not in one party or the other, but rather in our victorious Savior, Jesus Christ. He has overcome all the attacks of our enemy and has taken death off the table having risen from the tomb on the third day. He so loves each of us that He goes the extra mile for our eternal security. Jesus blows these attitudes of hatred right out of the water.

Consider when Jesus crossed racial barriers by deviating from the traditional route and going to Samaria to speak with the women at the well. Read John 4 to study more deeply. How much did Jesus love her? He was able to see the real value of the woman. He looked beyond her brokenness, her divorces, the hurt, the sin, and being an outcast to society, and saw a child of God! What does that mean to you? It means no matter where you are in life Jesus loves you and wants to save you from the pit!

Jesus told the woman, “I AM the Messiah!” And because she was willing to let go of her past, she has a future. That’s what love can do!

Dr Martin Luther King, Jr. said, “Love is the only force capable of transforming an enemy into a friend.” The power of love repairs fractured relationships and can unite a divided nation. Love NEVER fails!

LORD, help me be a conduit of LOVE!