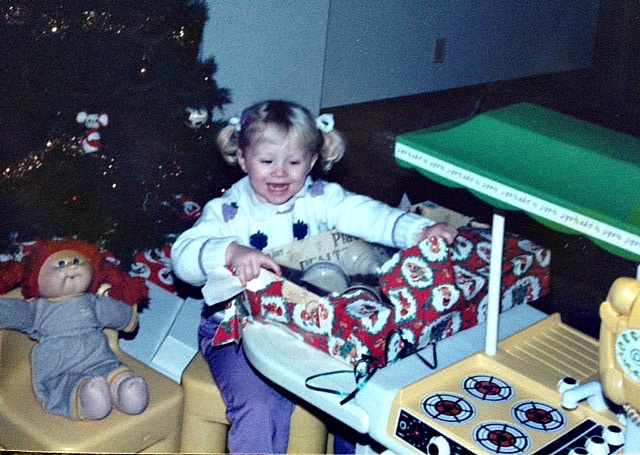 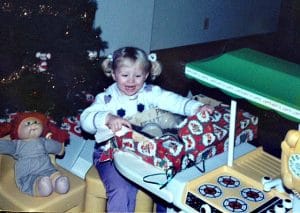 While researching recently, I happened upon the story of a small child, and his mom, at the mall watching as excited children were lining up to see Santa Claus. The boy had been taught from an early age that Christmas is about the birth of Jesus. Pondering all the excitement, the innocent lad looked up at his mom and asked, “Where is the line to see Jesus? If Christmas is Jesus’ birthday, why don’t we see him more?”

The sweet story of the little boy reminds us of Matthew 21:16, “They asked Jesus, do you hear what these children are saying?” Jesus said “Yes, I hear them. And haven’t you read in God’s word, from the mouths of children and babies I’ll furnish a place of praise?” Jesus was addressing the religious leaders, those outraged at the things he was doing, and the behavior of the children, running and shouting through the temple, “Hosanna to David’s Son!”

If we take a step back, do a quick inventory, it is interesting what we grown adults will do to get a great bargain. In fact, this year, Black Friday became turkey-free Thursday, as Thanksgiving was swallowed up by earlier and earlier store openings. I must confess in the eighties, when the Cabbage Patch Dolls were the rage; I participated in a Black Friday line that reached the parking lot. The dolls were way too expensive, especially on a waitress salary, but I paid enough down to put it on layaway. Thirty years later the doll is nowhere to be found. I have one wonderful picture of my daughter sitting with the Cabbage Patch doll on Christmas morning. Well, I also have a very vivid memory of her trying to teach the doll toilet training, and nearly flushing it down the tube.

When talking to someone who is a new Christian, or someone who needs direction on where to start reading the Bible, or most importantly, validating the real meaning of Christmas, I always suggest they start in the Book of John. John, and his brother James, were Disciples, and nicknamed by Jesus the “Sons of Thunder.” While not verified, it is believed the nickname was the result of an occasion when the brothers asked Jesus for permission to “call fire down from heaven” on a village which refused to welcome Jesus and his group. If so, is it not amazing what being with Jesus can do? Jesus would eventually call John “the one I love,” and “beloved”, and would direct him to care for his mother from the cross.

While most of us think of Luke 2 as our Christmas story, John offers us a picture into the authority and identity of Jesus. His purpose in writing the gospel is to prove Jesus is the Son of God, and by believing in Him we can experience eternal life. John is inspired by God to write a Genesis-type introduction of Jesus in the first verses of the Gospel. “In the beginning the Word already existed. The Word was with God, and the Word was God. He existed in the beginning with God. God created everything through him, and nothing was created except through him. The Word gave life to everything that was created, and his life brought light to everyone. The light shines in the darkness, and the darkness can never extinguish it.”

Reading further in verses 10-14 we see how John, with purest of clarity, contrasts the divine nature of Jesus and certain relationships in the world, “He came into the very world he created, but the world did not recognize him. He came to his own people, and even they rejected him. But to all who believed him and accepted him, he gave the right to become children of God. They are reborn-not with a physical birth resulting from human passion or plan, but a birth that comes from God. So the Word became human and made his home among us. He was full of unfailing love and faithfulness. And we have seen his glory, the glory of the Father’s one and only son.”

WOW, what brilliant and magnificent writing! But believe it or not, the writing only gets better as John further explains God’s love, and the relationship he has with those who follow Him. The ultimate masterpiece of literature is a message of hope, love and salvation, for mankind, and found in John 3:16-17. “For this is how God loved the world: He gave his one and only Son, so that everyone who believes in him will not perish but have eternal life. God sent his Son into the world not to judge the world, but to save the world through him.”

Jesus is quite direct about our salvation experience, and it is compared to one of a child who believes with all their heart. In Luke 18:15-17 we read, “And they were bringing even their babies to Him so that He would touch them, but when the disciples saw it, they began rebuking them. But Jesus called for them saying, “Permit the children to come to Me, and do not hinder them, for the kingdom of God belongs to such as these. “Truly I say to you, whoever does not receive the kingdom of God like a child will not enter it at all.”

Matthew 18:2-5 adds, “And he called a child to Himself and set him before them, and said, “Truly I say to you, unless you are converted and become like children, you will not enter the kingdom of heaven. Whoever then humbles himself as this child, he is the greatest in the kingdom of heaven.”

I suppose it is all well and good to stand in line on Black Friday. It is perfectly fine to shop on Cyber Monday, although local businesses would prefer local shopping. It is very important to be excited about Christmas. Just remember, the miracle of Christmas did not happen on 34th Street in New York, it was planned out of the goodness of God, and became flesh in a stable in Bethlehem. So, celebrate Christ like a child, because love came down and dwelt among us!