Honor is a Heart Issue 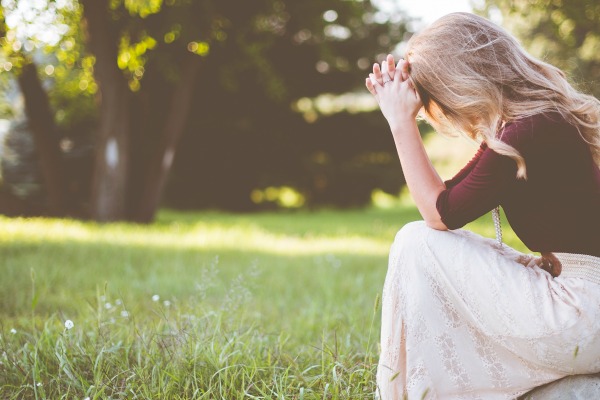 “Don’t just pretend to love others. Really love them. Hate what is wrong. Hold tightly to what is good. Love each other with genuine affection, and take delight in honoring each other.” Romans 12:9

My heart has been undergoing spiritual surgery this week concerning honoring God and his people. Actually, my heart work usually grows out of something I did or said, and then God convicts me, and sends me to His Word for His truth and clarity. His questions for me included; am I being respectful of another person’s time? Am I answering my messages and sending a reply in a timely manner? Am I grumbling about people in authority who I view as unacceptable or inadequate? What questions is God asking you?

From a purely academic point of view to bestow honor would be to hold another in high regard or to respect; to treat someone with courtesy and respect. But God is not just talking about good manners, and He sent me to three scriptural accounts for better understanding.

In Numbers 12 we read about Miriam and Aaron opposing Moses. Miriam, Aaron and Moses were brothers and sister, and all had been a part of the exodus from Egypt. As happens in a lot of families, trouble began to brew when Moses brought a new wife into the family. Beginning in verse 1 we read, “Miriam and Aaron began to talk against Moses because of his Cushite (Ethiopian) wife, for he had married a Cushite. ‘Has the Lord spoken only through Moses?’ they asked. ‘Hasn’t he also spoken through us?’ And the Lord heard this.”

(Now Moses was a very humble man, more humble than anyone else on the face of the earth.)

At once the Lord said to Moses, Aaron and Miriam, “Come out of the tent of meeting, all three of you.” So the three of them went out. “Then the Lord came down in a pillar of a cloud; he stood at the entrance to the tent and summoned Aaron and Miriam. When the two of them stepped forward, he said, “Listen to my words:

“When there is a prophet among you, I, the Lord, reveal myself to them in visions, I speak to them in dreams. But this is not true of my servant Moses; he is faithful in all my house. With him I speak face to face, clearly and not in riddles; he sees the form of the Lord. Why then were you not afraid to speak against my servant Moses?”

The anger of the Lord burned against them, and he left them.

When the cloud lifted from above the tent, Miriam’s skin was leprous—it became as white as snow. Aaron turned toward her and saw that she had a defiling skin disease, and he said to Moses, “Please, my Lord, I ask you not to hold against us the sin we have so foolishly committed.”…So Moses cried out to the Lord, “Please, God, heal her!”

The Lord replied to Moses, “If her father had spit in her face, would she not have been in disgrace for seven days? Confine her outside the camp for seven days; after that she can be brought back.”
Wow, did you catch what was said, “And the Lord heard this.” God is listening to every word we say. On top of that God said, “Why then were you not afraid to speak against my servant Moses?” Why indeed!

We venture from the Old to the New Testament for our next scripture in Mark 6. Jesus had just returned to his home town in Nazareth after casting out demons and sending them into a herd of pigs, healing a woman with an issue of long term bleeding and raising a child from the dead. The news of these types of miracles would have been carried by excited travelers from town to town, and surely would have been known in Nazareth by the time Jesus arrived. You would have expected his hometown to have a hero’s welcome with a band and parade.

Instead, the home folk were critical, complaining, and diminished his position and authority. Even after hearing Jesus speak in the synagogue, though impressed by his wisdom they rebuked him and reminded him from where he came in Mark 6:3. “He’s just a carpenter, the son of Mary and the brother of James, Joseph, Judas and Simon. And his sisters live right here among us.” Jesus responds to their comments in verse 4, “A prophet is not without honor except in his own town, among his relatives and in his own home.”

The real tragedy is because of their unbelief; Jesus did not perform any miracles while in his home town. Their dishonor of our Savior, Lord Jesus, reflected a spiritually sick heart. Jesus was even amazed at their unbelief. I wonder if Jesus is amazed at our dishonor and unbelief.

Jesus addresses honor again from a different perspective in Matthew 15:8. “These people honor me with their lips, but their hearts are far from me.” In other words, we can say we are honoring God till the cows come home, but if we are not demonstrating this with our actions, well, talk is cheap. If we plead with God for opportunity, but then complain or grumble about the work he has given us, Jesus points out we are hypocrites and only giving lip service.

Honoring God cannot be conjured up, or talked up; it is totally a heart issue. The sword of the spirit is the right surgical instrument to help carve the world, and its selfish desires, from our hearts. Dishonor is a contagious disease, transferred from person to person from the words in our hearts. We must be slow to speak, hold each other accountable, and operate from a position of humility.

Romans 12:9 tells us “Don’t just pretend to love others. Really love them. Hate what is wrong. Hold tightly to what is good. Love each other with genuine affection, and take delight in honoring each other.”

As Christians, this is our very essence, and what we are called to be.

Dear God, I need You more than anything to help me bring glory and honor to You in all that I do. Help me to stop expecting so much from other people and myself. I yearn to be in Your Presence all the time, this is where I find my Peace.