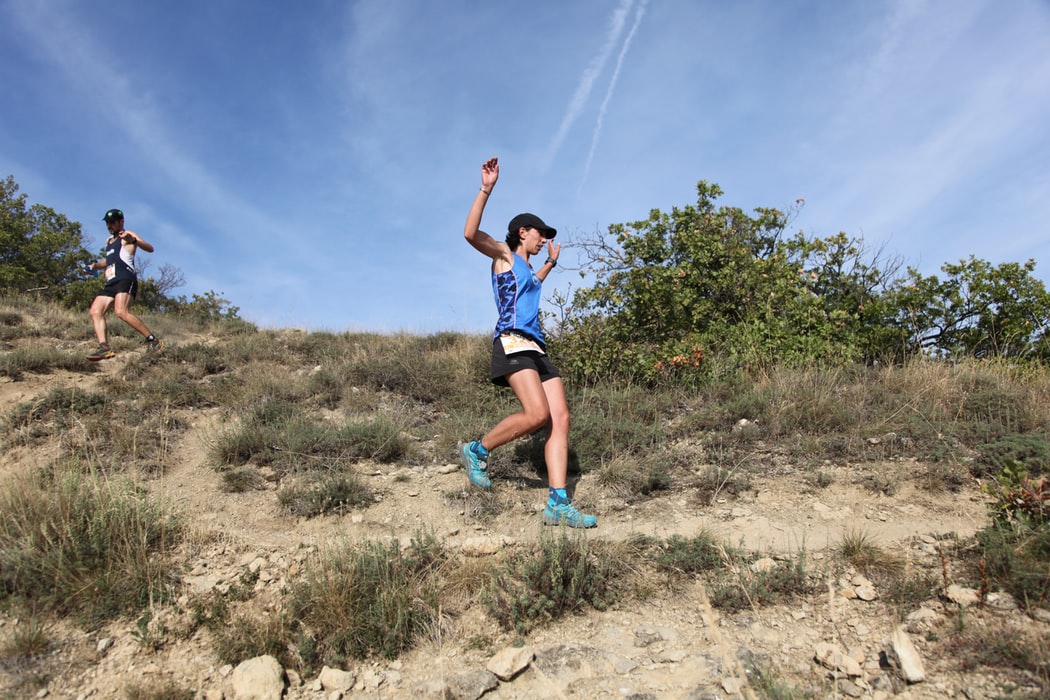 Make every effort to respond to God’s promises. Supplement your faith with a generous provision of moral excellence, and moral excellence with knowledge, and knowledge with self-control, and self-control with patient endurance, and patient endurance with godliness, and godliness with brotherly affection, and brotherly affection with love for everyone.

If we are honest with ourselves, most of us have said or done things we would like to do over or said differently. Sometimes it is a matter of speaking before knowing the whole story. This is referred to as “putting your foot in your mouth”, or as my husband likes to say, “hoof and mouth disease.” On one such occasion, with several hundred witnesses, I performed the rarest of feats, the double foot in mouth!

Years ago, one of our sons was running in a cross-country race, when I noticed he was slowing midway through the race. The layout was very challenging, with lots of hills and a rough curvy terrain, and I just figured the course had gotten the best of him. Standing in the taped off spectator area, I began to encourage, yelling for him to run faster. I was afraid he had hit the wall and was giving up as his pace slowed. Isn’t yelling a great way to break down someone else’s wall?

Haven’t we all contemplated giving up when life’s race gets rough and curvy? Sometimes the pain seems unbearable like the whole world is crashing around us. The pressures of life can seem overwhelming, especially when things blow up in our faces, relationships fizzle, or you experience disappointments after giving all you have to those who are ungrateful.

I hadn’t noticed the focused pain in his face until he passed right in front of me. His posture and eyes were aiming straight ahead, and not on me or the people yelling for him to run faster. Something within me, call it mother’s intuition, knew something must be wrong. He kept running those last few minutes of the race, even passing some of the faster runners, and scoring for his team that day. So, I decided he must be fine, and ran down the steep hill to the finish line to greet him.

As he ran through the finish line, his body collapsed on the field. I thought he was being overly dramatic, rocking back and forth, holding his foot. The coach noticed too and immediately gave him an ear full, reminding him he could have done better. As I finally made my way over to where he was laying, he said, “I’m in a lot of pain. I think my foot is broken. I think it happened when I was coming down the big hill and my foot landed awkwardly on a tree root.” The coach told him to get up and walk it off.

The look in his eyes assured me he was in actual pain. My husband lent a shoulder and helped him hobble and hop his way to the bleachers. Sure enough, later that day, x-rays revealed the foot was broken. As a parent, I was feeling way beyond horrible, especially realizing how I had spoken to him during the race. There is no foot dirtier than the one in your own mouth!

After expressing my apology, we then called his coach so he could share the findings of the doctor. As my son told the coach the news, I could hear the pain in the coach’s voice and his sincere apology.

Perhaps this has happened to you, or maybe you were the one being judged? While sports are often an emotional roller coaster, with presumptions, and mischaracterizations, just about all facets of life offer opportunities to demonstrate “over talking your knowledge”. I believe Peter was addressing these types of things in his letter. He was encouraging us to take our faith and build strength upon strength, like building spiritual muscles to endure suffering and pain.

While our son had developed a solid and strong foundation from hours and hours of running since the third grade, the strength necessary to forgive his mother and his coach required super natural strength generated from a relationship with His Heavenly Father. His foot healed in a few weeks, and thankfully his forgiveness left no permanent damage to his heart.

As a parental spectator I always saw things from one point of view. As a third grader our son was wide shouldered and built more like a linebacker than a runner, and some people actually encouraged him to pursue football instead of cross country. He never let their judgements persuade him. I think we sometimes look at others and try to set their limitations, even though God has a greater plan in store. He sees all the perspectives.

God has given each of us all we need to finish the race victoriously. When we put in the long hours studying His Word, practicing our communication skills in prayer, and fellowshipping with His people, neither suffering or painful wounding can keep us from being a loving Christian! But remember, Christian perseverance is not for the faint of heart, it is a supernatural empowerment of the Holy Spirit. Pushing through the muck to love people right where they are is awesome, but you cannot do it alone.

The good news of persevering and building strong spiritual muscles produces special results described in 2nd Peter 1:10-11, “So, dear brothers, work hard to prove that you really are among those God has called chosen, and then you will NEVER STUMBLE or FALL AWAY. And God will open wide the gates of heaven for you to enter into the eternal kingdom of our Lord and Savior Jesus Christ.”

As we persevere, pursuing the life of Jesus Christ, He promises to throw open the gates of heaven on our behalf. Praise God!