Christmas Pillows in their place 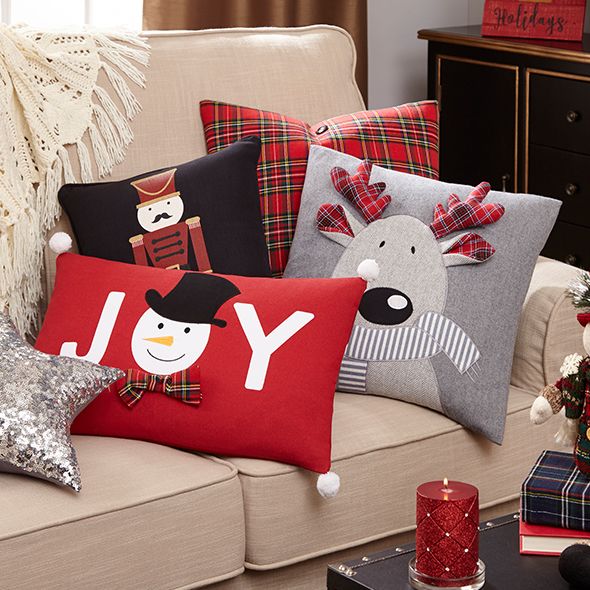 Luke 1:30-33, “But the angel said to her, ‘Do not be afraid, Mary, you have found favor with God. You will conceive and give birth to a son, and you are to call him Jesus. He will be great and will be called the Son of the Most High. The Lord God will give him the throne of his father David, and he will reign over Jacob’s descendants forever; his kingdom will never end.”

Christmas pillows in their place almost sounds lyrical. I can picture an old movie with Shirley Temple leading a band of happy smiling youngsters across a makeshift stage. Neat and orderly puts a song of, well, neat and orderly, in my heart. Perhaps you are like me and straighten all the pillows before leaving the house. I must also clear the clutter from my desk before sitting down and attempting to work. Do you like to plan your own surprise parties and trips? While you think it thoughtful, you still would rather pick out your own gift.

Or, are you the type of person who functions with everything seemingly out of order, dishes piled up in the sink, laundry climbing out of the hampers, and files stacked strategically in various locations on your desk? Do you love surprise parties, lots of people showing up unannounced, and decisions on trips determined by throwing darts at a map? Congratulations you win the prize for being “Mr. or Mrs. Adorable”, the person everyone wants to be around and the life of the party, all rolled into one!

You probably know both types of people described above. We are all wired differently, that’s a given, but sometimes my particular wiring can short out and impact peace in my heart. I sometimes, or should I say, most of the time, allow myself to get in the way of God’s surprises and special events. I sometimes get tangled up in the disorder, or flustered when my plans go awry, and miss God’s miracle in the midst of the chaos.

What I am claiming, or confessing, is that I need to be better during surprises, the unexpected, and messy, especially with my pillows. That was a joke, about the pillows, I think? So, I realize my wiring needs to be grounded in God’s way of thinking. Consider His word in Philippians 4:8, “And now, dear brothers and sisters, one final thing. Fix your thoughts on what is true, and honorable, and right, and pure, and lovely, and admirable. Think about things that are excellent and worthy of praise.” If we do this we experience the promise of Proverbs 23:7 which reads, “We are what we think we are.”

I have found the best cure for a unique personality like mine is to breathe the joy in deeply during life’s surprise parties, and ask God to take away my anxious exhales. I have discovered some of my greatest joys have occurred in the midst of life’s challenges and sudden surprises. I have begun to believe when plans are going haywire there’s a blessing on the way!

Speaking of surprises, imagine Mary’s surprise when the Angel of the Lord showed up and announced she is going to be the mother of the Messiah! We begin in Luke 1:26-29, “In the sixth month of Elizabeth’s pregnancy, God sent the angel Gabriel to Nazareth, a town in Galilee, to a virgin pledged to be married to a man named Joseph, a descendant of David. The virgin’s name was Mary. The angel went to her and said, ‘Greetings, you who are highly favored! The Lord is with you.’ Mary was greatly troubled at his words and wondered what kind of greeting this might be.”

Did her surprise guest trouble her because she did not have her house in order or her pillows out of place? The angel reassured Mary that everything would be alright.

We continue in Luke 1:30-33, “But the angel said to her, ‘Do not be afraid, Mary, you have found favor with God. You will conceive and give birth to a son, and you are to call him Jesus. He will be great and will be called the Son of the Most High. The Lord God will give him the throne of his father David, and he will reign over Jacob’s descendants forever; his kingdom will never end.”

Now after all that the angel said, Mary had only one question, in verse 34. “How will this be,” Mary asked the angel, “since I am a virgin?” Seems like a pretty reasonable question.

Mary’s question is answered in verses 35 and 36, “The angel answered, ‘The Holy Spirit will come on you, and the power of the Most High will overshadow you. So the holy one to be born will be called the Son of God. Even Elizabeth your relative is going to have a child in her old age, and she who was said to be unable to conceive is in her sixth month. For nothing is impossible with God!”

Mary could have had more questions, or asked for a little time to consider, but she simply said “Yes” to God!

She was not concerned with the details. While I do not know if Mary was into pillow straightening or not, I do know she was highly favored and said “YES” to God.

When we say YES to God, nothing is impossible!