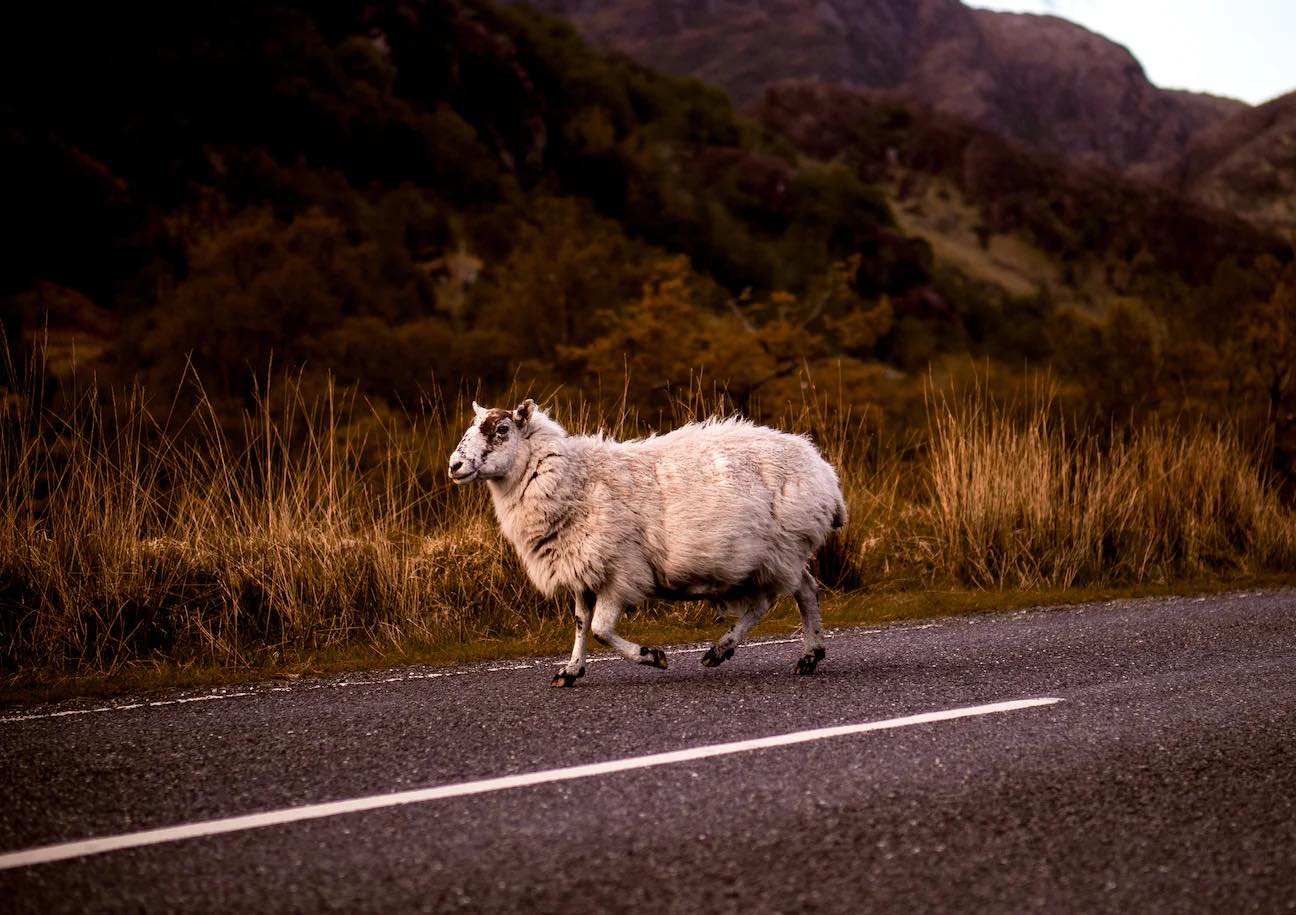 Satan, who is the god of this world, has blinded the minds of those who don’t believe. They are unable to see the glorious light of the Good News. They don’t understand this message about the glory of Christ, who is the exact likeness of God.

Having never spent a lot of time around sheep, my perception had been established by the way they are illustrated in cartoons and in the Bible, docile little animals who chew a lot, and need a shepherd. That perception was lacking! With that said let me ask, “Have you been blindsided, sucker punched by a sheep? How about headbutted when you least expect it?” Not long ago I was headbutted by a big sheep, a big blind sheep, who charged and almost knocked me down! We laugh about it now, but it was anything but funny. It really hurt and taught me a lesson, “Never turn your back on a sheep!”

Even though physically blind, the big sheep had no issues zeroing in on his target and applying the hit on me. Isn’t that just like satan, out of nowhere he attacks, and you never see it coming. Spiritual blindness is a condition of a person who is either not able to understand or unwilling to perceive the true meaning of spiritual truth. For instance, stubbornness, pride, arrogance, even traditions, may be associated with spiritual blindness.

Paul describes satan as the cause, and from the beginning he has deceived and helped keep many in darkness. Those blind souls believe their ways are right, and it’s their way or the highway. Bring up the truth in the Word of God and they will headbutt you on the way out the door. That’s what makes Jesus the Good Shepherd, He will leave the ninety-nine and search to save the headbutting blind sheep!

Satan seems to love to slaughter sheep, using their own weaknesses against them. He loves making barbeque mutton, marinating in the juice of sad regret. Maybe that’s why sheep are mentioned over 500 times in the Bible. Did you know that a sheep’s eyes are on the side of their head? This provides almost 360-degree vision. Almost. They cannot see directly in front of their nose or behind their tail. People are much like sheep with their own share of blind spots. Sometimes we struggle looking straight into the eye of spiritual storms.

The Apostle Paul, a learned man, is a great example of someone who was spiritually blind before accepting Jesus Christ. Paul was raised in a Jewish lifestyle, highly educated and dedicated to the Law of Moses. On the road to Damascus, he was knocked from his high horse and fell to the ground. The light of God was so bright it blinded him! Acts 9:1-5 ESV explains.

Saul, still breathing threats and murder against the disciples of the Lord, went to the high priest and asked him for letters to the synagogues at Damascus, so that if he found any belonging to the Way, men or women, he might bring them bound to Jerusalem. Now as he went on his way, he approached Damascus, and suddenly a light from heaven shone around him. And falling to the ground, he heard a voice saying to him, “Saul, Saul, why are you persecuting me?” And he said, “Who are you, Lord?” And he said, “I am Jesus, whom you are persecuting.”

Once the scales fell from his eyes, Paul could see clearly. God rerouted Paul from traveling persecutor to traveling preacher to the non-Jewish world. It takes a total Christ conversion to go from deadly religious zealot to sharing the life-giving Gospel Message.

Paul became a prolific writer, writing almost half the New Testament. His letters to the early Christian church were the antidote to spiritual headbutting prevalent in the church. He wasn’t afraid to speak truth to quarreling and grace to settling conflict he knew would separate and divide the church.

Paul was not the only religious leader suffering from spiritual blindness. I just love the story of Jesus healing the blind man in John 9. The religious leaders had a come apart when Jesus spit on the ground, made mud and spread the mud over the man’s eyes. Not only did Jesus offend the Religious by spitting and applying the mud, it was on the Sabbath, which was forbidden by the law of Moses. Boy, oh boy, were they upset!

You can almost hear the announcer say, “Heart check in John 9!” Not only were the leaders unhappy about the blind man’s healing, but they also brought in his parents to confirm he was blind since birth. These blind zealots were so blind they couldn’t see the Savior. Eventually the man was cursed and banished from the synagogue. Now if that don’t beat all!

So for the second time they called in the man who had been blind and told him, “God should get the glory for this, because we know this man Jesus is a sinner.”

“Look!” the man exclaimed, “I told you once. Didn’t you listen? Why do you want to hear it again? Do you want to become his disciples, too?”

Then they cursed him and said, “You are his disciple, but we are disciples of Moses! We know God spoke to Moses, but we don’t even know where this man comes from.”

“Why, that’s very strange!” the man replied. “He healed my eyes, and yet you don’t know where he comes from?”

After the man with new vision worshiped Jesus, the Lord addresses spiritual blindness in John 9:39-41

Then Jesus told him, “I entered this world to render judgement—to give sight to the blind and to show those who think they see that they are blind.”

Some Pharisees who were standing nearby heard him and asked, “Are you saying we’re blind?”

“If you were blind, you wouldn’t be guilty,” Jesus replied. “But you remain guilty because you claim you can see.”

But spiritual blindness is not just an old-world problem. America claims to be a Christian nation, but in 2014 Pastor Jim Cymbala reported those set apart, Bible believing and reading, Jesus is the only way to eternal life Christians, totaled only 7-8.9% of the population. Not quite a majority.

It’s as plain as the nose on your face, America needs Jesus! Oh, sorry, I forgot the nose is a blind spot for sheep.